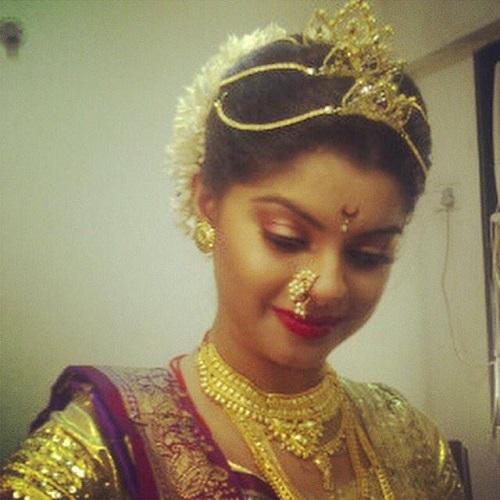 Sneha Wagh, seen in Star Plus' Veera, has been trained in several Indian classical dance forms - lesser known facts to the masses. Her passion for dance is so much that no one can ever separate her from dance. What sets her apart from others is that she has always followed her heart.
In this conversation with Sneha, she speaks with us about her love for dance and much more.
She asserts, "I love dancing. Dance is not just my hobby but my love. I have done a Marathi dance reality show Dholkicha Talavar. I am trained in classical forms like Bharatnatyam, Khathak, Kuchipudi, oddisi and other folk dances. I started dancing as a kid at the age of three yrs and never stopped till I was sixteen. I just went on with dance without any pause. If I have to choose my favorite dance form out of these, it would be Bharatnatyam. That was the first dance form I started learning."
She was also shown as a dancer in her show in Imagine's Jyoti. Talking on the same she claimed, "Dancing was never difficult for me during the show as well. In fact, I have choreographed a few of my dances in the show. So it was very easy for the creatives too as they could rely on me."
Any fond memories? "Back then when I was in college, I participated in many of the dance shows and stage performances. Others used to just get scared when they got to know that I too participated in the competition. Besides this, when I was in HSC, I was appointed for Indian Culture Academy and for the same I had to go Vaitarna. People from Australia, America and from many other parts of the world had come to Vaitarna. I had taught classical dance to a few students there."
Message to your fans? "I would just like to say that follow your gut, your heart. Do not get into 'I want to conquer the world."
Well, surely there is a lot to learn from you!
Upasana Patel

6 years ago Awesome article,sneha mam gave such a surprise.

6 years ago Such a delight to watch you everyday doing an ace job as Ratan in Veera! Great to read more about you, keep up the great work Sneha!