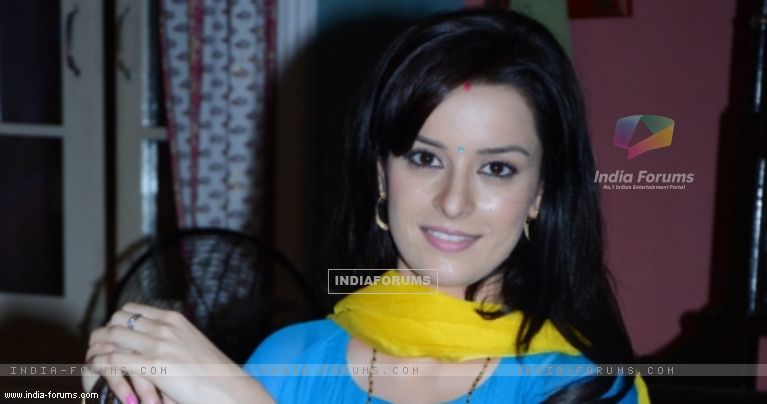 We got in touch with Ekta to know about her character and more.

Tell us about your character in Mere Angne Mein Tumhara Kya Kaam Hai?
I play Riya Mathur who is an independent, educated and sorted girl. She believes in equality that if ten people are there in a family then everyone has equal rights and equal freedom to speak, express themselves etc. She is very close to her father as her mother died when she was very young. So her father is like her friend, guide and a supporter and her father never restricted her from doing anything she desired. Suddenly she meets a guy Shivam (Karam Rajpal) who she falls in love with, unaware about his family background. When she gets married and goes into his family, she gets to know that everything is altogether different in her in laws house.
How difficult is it to shoot for a one hour daily show?
Its very difficult because its one hour daily for six days but at the same time every character of the show has its story because of which our energy and time is been saved. We work very systematically and its a four camera setup. Although its very difficult and hectic, but then there are so many stories running parallelly to each other, that we manage our work somehow.
Most of my co actors are from theatre background and for them its comparatively easy but I am not form that league, in fact I have not even learned acting. So this is a new learning experience for me. I observe my co actors and try to match their graph. The best part is that all of them are really cooperative as they help me with regard to any scene or any problem which I come across.
With whom are you more close to on the set?
I mostly go to Ananya Khare Ji and Sucheta Khanna Ji to seek help. I go to them and ask them how to enact a particular scene and they help me. Even other co actors help me but I gel well with these two lovely ladies.

Well we wish Ekta all the best for her new show.

+ 5
5 years ago Best wishes to Karamjeet!

+ 4
5 years ago Ekta Kaul is a gorgeous girl but a poor actress! She suits for modelling than acting