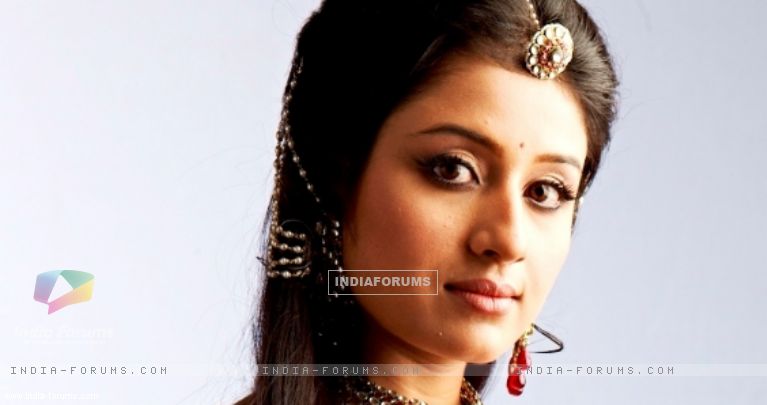 Beautiful actress Paridhi Sharma, popularly known as Jodha of small screen, is overwhelmed with the audience's response for the character she has played on Balaji Telefilms' popular histrorical show Jodha Akbar on Zee TV.

As the show has wrapped up its shoot, we asked Paridhi about her journey, her future plans, etc. in this conversation with TellyBuzz.

Talking about her journey with the show, Paridhi told us, "It's been a wonderful journey with the show. Every journey involves a lot of learning and ups and downs. I had the same kind of a journey. The best part of my journey was the kind of love and affection I have got from the audience for playing this character and it was really an overwhelming experience for me. I am really thankful to all the audience who have watched me and loved my performance. With each passing day, I have learned a lot of things while I was associated with the show. I have gained a lot of confidence and experience and have grown as an actress."

When we asked Paridhi about her last day on the sets and her reaction on the show ending so abruptly, she told us, "We all were shocked to know that the show is ending so soon. The show ended because the TRP was dropped and being a high budget show, it has to maintain a certain level of TRP and that didn't happen. It wasn't doing well from the business point of view so it has to end. It was a bit emotional day on the last day of our shoot. If we get attached to something from quite some time and when the time comes to depart from it, then it will certainly make you emotional and the same thing happened with me. It's a fact that one day the show had to end so I took it positively as I have collected so many memories from the show which will always remain in my heart."

So, what is Paridhi planning to do during her break time and what kind of shows and roles she would prefer in future? When asked Paridhi about it, she answered, "As of now I just want to take a break and rejuvenate myself. I am not thinking to do any kind of roles as of now; the only thing which is on my mind is my family life. I want to take some rest now and I am planning to visit my hometown Indore to spend some quantity and quality time with my family. And talking about my preference for roles, I am open for any kind of roles; I haven't thought about it yet. Whatever will come to my way, I will see to it."

"I am happy that the fans are so much instinct with the show that they are going through the same emotion like the way our cast and crew felt bad with the ending of the show. It's a kind of tremendous respect that we have received from the fans. I am really thankful for their enormous love towards me," signs off Paridhi conveying a thankful message for her fans.

5 years ago Paridhi Sharma come back soon for you shall be missed dearly. You are so talented and great person. Enjoy for resting period.

+ 5
5 years ago Paridhi Sharma, startd watching JA only because of you n always was an avid Jodha fan, best of luck for ur future projects my princess.

5 years ago Paridhi sharma love u a lottt. Plz cme bck soon in a big project as lead. Will mis u a lot

5 years ago Love U Paridhi u r so Enchanting and Phenomenal Actress Jodha is without a doubt one of the most unique and iconic characters Indian television has ever seen,,waiting for ur comeback Princess

5 years ago Paridhi your role as Jodha is commendable.you are versatile actress and humble person.wish you all the best for your future endeavors.

5 years ago Paridhi Sharma, Loved you as Jodha. You are very talented, extremely gorgeous and hoping to see you in a new show soon