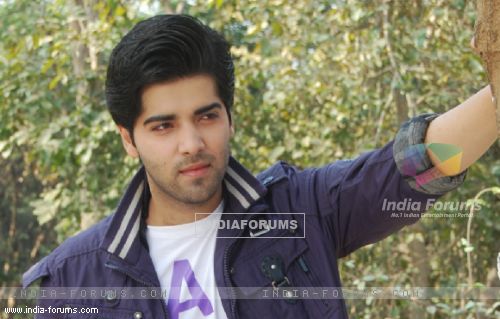 The good looking actor Kinshuk Mahajan, who was last seen in Zee TV's Afsar Bitiya is all set to make a comeback on television with Rashmi Sharma's upcoming Tum Aise Hi Rehna. Kinshuk has been roped in to play the character of Abhimanyu in the show.

TellyBuzz spoke to Kinshuk to know more about his character, concept of the show, his off screen bonding with his co-stars and much more...

How did the show happen to you?

The show happened to me very suddenly because when I was called for a meeting for the show and I was narrated the story after which I found this story a very normal one but when I was narrated the story in detail that everyone believes that people change after marriage. So the story is all about whether it's a myth or our personal perception that do guys really change after marriage or they don't. The character of Abhimanyu has so many flavors that got me attracted towards this show.

Tell us something about the show? What are your views about the concept of the show?

I feel that we become mature after marriage, sometimes responsibility comes and sometimes, the families don't zeal up and the pressure to hold the family's bond also comes. If you won't do that then your family will get separated. That's the show is all about where the Mom, wife and everybody else in the family says to the guy that, 'Tum Aise Hin Rehna.' The show will project all the situations which bring about some changes in a person.

Please elaborate on your character...

Abhimanyu is a guy of today's era. He never feels awkward in telling a lie. In his opinion if somebody is getting some benefit in lying then there is no harm. He doesn't want to hurt anyone. The reason why he lies is because he loves Ria so he doesn't want to lose her nor upset his mother. So, how will he manage both the things at the same time and what will happen after the girl will enter the house.

How has your life changed after marriage?

There has not been any such change but I have become more understanding and have become mature but the kind of bonding I have with my wife has grown better from earlier when we were unmarried. The trust factor has increased and everything has happened for the betterment. I am happy.

How is your off-screen bonding with Shefali?

We share a very nice bonding with each other. Sometimes we do masti so much and pull each other's leg that people remind us on sets to do the scenes. I feel that doing masti is important to keep the actor alive. When our off screen masti is shown on screen then it comes out good.

What kept you busy after Afsar Bitiya?

After Afsar Bitiya, I was busy doing my Telugu film and I was in Hyderabad shooting for the movie. I am waiting for the release of the movie.

How has been the response so far?

The response for the show has been very nice so far. People are calling it a sweet show because they are finding the promo and the characters sweet. I feel that this show has everything - drama, comedy and entertainment. When the audience will watch the show, they will be curious to know what's coming ahead post every situation.

How is the response of your wife?

She felt nice and she has said that she will definitely watch the show. I am sure she will watch it and lots of other men and women will also watch the show with their point of view.

I love you all and be nice to the show. Give your love back in terms of TRP and do watch the show because you all will love it.

anjumluvkinny 6 years ago KINSHUK MAHAJAN i m waiting for the monday to see u once again dear,i really like the starcast of tum aise hi rehna !

It was such a surprise to read so much from you --- about you in one day!

Thank you Kinshuk for being the absolutely wonderful person you are!

I really can't find words to praise you anymore!!!
Wishing you and the show a lot of success which you deserve!

trinilisa 6 years ago Kinshuk I hope we get lots more interviews from you and lots of segments..

Our chocolate boy is back !!!

anjumluvkinny 6 years ago Kinshuk your character sound goods,definately i m going to like your character.best of best luck to your show.

trinilisa 6 years ago Kinshuk this interview was well rounded touching on all aspects we were waiting on to hear from you..

Love your honesty as you know and of course we are here for you..

Have fun and continue to enjoy this new venture as you seem to be doing already..

Waiting eagerly for your presence on Television!