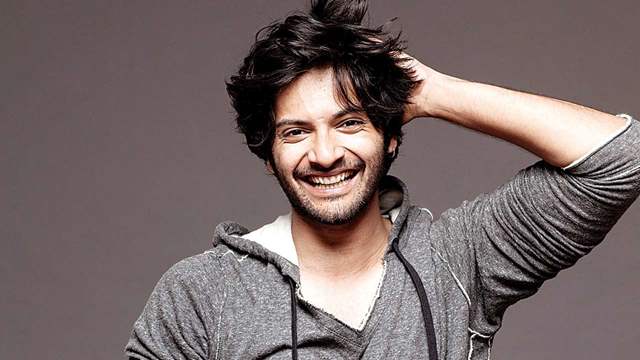 Anyone with access to social media knows, has heard about or follows the Amazon Prime Video show Mirzapur. With the recently released second season of the cult classic show, the fans don’t seem to be getting enough of the iconic characters immortalised by the talented cast of the show.

Celebrating the success of his show, his fandom and revealing about his film journey, Guddu Bhaiya of Mirzapur, aka Ali Fazal shared it all on the latest episode of Filmfare Spotlight.

The versatile star will be seen spilling the beans on his journey and how acting happened by chance for him. Speaking about his career graph he says,

I was a bit of a geek. I was a science student and had broken my arm when I was in a boarding school and that’s how I started acting. I think I have started to slowly believe that I lot of things happen by chance because I got thrust into the arts because of one injury. We had nothing else to do in school. My friend said, ‘Tumhari Angrezi aachi hai so get into something and don’t get into depression.’ I was a basketball player and couldn’t play sports anymore. So that's how it started. But I think there have been great opportunities for me. I did a bit of theatre. In fact, actually nobody knows this but my first film was with Saeed Akhtar Mirza (Ek Tho Chance) it’s not 3 idiots. This is a revelation that I’m making on the show. I then went on to do things that came my way.

Basking in the glory/ success of Mirzapur 2 Ali Fazal also talks about his experience of working with different co-stars from Bollywood as well as Hollywood,

I worked with Vidya Balan in the movie Bobby Jasoos. The film did not do well, but I had a great time and even today our friendship remains the same. The most memorable time for me has been with Fukras, because we’ve just become a family. And of course, I met Richa there and I really enjoyed sharing screen space with her, because I was a bit of a closet fan of her’s. Pankaj Ji, because I get to learn a lot with him. Recently, Russell Brand, who I worked with on Death on the Nile and I think he is a certified genius. Judi Dench of course.