New Delhi, Oct 28 (IANS) Popular actor-anchor Rakshanda Khan says she has been on a forced sabbatical from the small screen because television is full of village-based shows and producers complain that she is too glamorous to fit their scripts.

'I am having trouble getting work nowadays. Every other show is either about poverty or something to do with villages. And I have producers telling me - 'Aapko kaam kaise dein? Aap toh gareeb lagte hi nahin (We can't give you work, you don't look poor at all)',' Rakhshanda told IANS.

'I never knew that I look so rich. Jokes apart, I am looking forward to do some comedy shows. I already have done two of the biggest Indian shows - 'Jassi Jaissi Koi Nahin' and 'Kyunki Saas Bhi Kabhi Bahu Thi' in the past, so I don't feel I should settle for anything but the best unless it is interesting and gives good money.

'Otherwise, comedy would be good because in those shows it doesn't really matter whether I look rich or poor,' she added with a dash of humour.

The 35-year-old former model was here to walk the ramp at the Wills Lifestyle India Fashion Week (WIFW) for designer Aslam Khan. Dressed in a white sequined sleeveless knee-length jacket teamed with black capri with Swarovski crystals on it, she made a good showstopper.

But Rakhshanda says she was very nervous. 'I walked the ramp after a long gap. It's been many years since I have done it. It was scary because I thought I don't remember a thing about being a model.

'My hands were turning cold while I was walking. Though I am used to anchoring in front of many people, I do have a prop in my hand but here I had to walk freely and everybody was just looking at me. I was just wondering when it will end,' said Rakshanda.

What's also keeping her busy these days is her event management company Celebrity Locker. According to her, life has come full circle for her ever since she launched the it.

'From hosting events, to being a part of it as a celebrity and now organising various events, I think life has really come full circle for me. Later this week, we are organising an event with Asha Bhonsle,' she said. 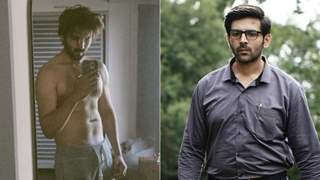 Have a look at Kartik Aaryan's transformation journey as he gained ... 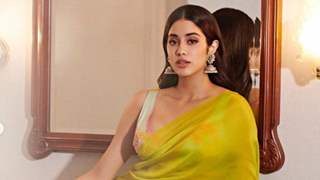