Kolkata, Nov 12 (IANS) Acclaimed actress Nandita Das, who debuted as a director with 'Firaaq', says she doesn't have a definite profession as she is equally passionate about social activism as well.

'I still don't have a definite profession, and don't repent it. I enjoy acting, direction and my human rights works simultaneously,' Nandita told reporters Wednesday at the 14th Kolkata Film Festival here.

Nandita's directorial debut 'Firaaq' is being showcased for the first time in India at the fest.

'Some of my close associates are quite upset that I chose Kolkata Film Festival to premiere 'Firaaq' in India instead of Goa film festival. But I deliberately wanted this because I am sure that this is the only place where I will get prompt and honest feedback,' said Nadita, who is known for her performance in films like 'Fire' and '1947 Earth'. 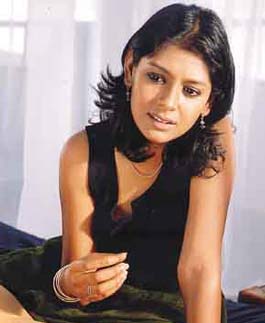 Although 'Firaaq' has received rave reviews at different film festivals across the globe, Nandita says she never expected to start directing film so early.

'At times the terrible scripts and sets bring out the frustrated actor in me who wishes that if I am to make the film, things will be better and different. But honestly speaking, I never expected to try out film direction so early. 'Firaaq' just happened one day while interacting with some young folks over social and political prejudices,' she said.

'Firaaq' is about the impact of violence on human relationships post 2002 Gujrat communal riots.

'This film has been a cathartic experience that pushed my boundaries. I have chosen an ensemble structure for the film because in mass violence there is no individual hero or villain. Most films about riots are full of violence. But I wanted to explore ambivalence in human relationships during such times.'

Asked about the limitations of directing a film, she said: 'Though an actor is dependent on other's projects, still she can play an array of different roles at the same time. But obviously I can't even think of making so many films at a time.

'Now I want to go back to my acting career. I just got a call from Canada-based filmmaker Deepa Mehta, who is interested in casting me for her future unnamed project. I hope to meet her after this fest is over and listen to the script,' she said.

Nandita says that a director's journey is lonely one.

'One thing I have realised... the whole process of film direction is a lonely one. Even though I am surrounded by 100 unit members, no one is involved in the project more than I am. It's my baby and be it depression or excitement, all the emotions are mine alone,' she said.