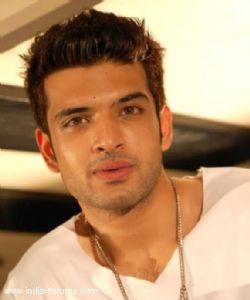 Fans have been wondering what Karan Kundra has been doing these days, Tellybuzz caught up with Karan to hear what he had to say:

What are you doing these days?
I am chilling big time and getting ready for my next film.

You had a long break from television and are now back in Gumrah, have you missed TV?
Not much, I have been having fun and my fans never let me feel that I was'nt on TV

Your first movie 'Pure Punjabi' was a hit. it was received very well and fans loved you as Prem. How does it feel?
My first film became a massive hit and it played on for over 9 weeks. God has been very kind, because it was a big risk as films are different from TV.

How different are TV and movies as a medium? What do you feel is easier to do?
Films and TV, two different worlds. Nothing is easy! As an actor you have to give your best shot and put your best foot forward. Yes, but being a film hero, there are a lot of expectations!

Fans are waiting for you to return to TV as an actor. Any hope for all the fans?
I am just waiting for the right kind of role that interests me, till then keep watching Gumrah, It's good for you.

You have done both TV and Movies and you  have tasted success in both the mediums. Whats next now for you?
I never plan and never will. I just dream and hope, so keep praying for me.

Anything you can reveal about your upcoming movie? What is it about?
It is too early to talk about what they are. All I can say is that 'Nikamme' is going to be super fun!

Fans love Karan Kundra. Any crazy fan incidents you would like to share?
Hmmm well none as such, apart from letters written in blood, boy friends burning my pictures... Naaah nothing much (Laughs)!

pinkyfrkaranika 8 years ago Thanks for the article!! All d best KK :)

LuvKrithika 8 years ago All the best Karan. Want to see u with Krithika in KMH3

pagallarki 8 years ago all the best karan

ShrePreet18 8 years ago Best of luck for everything karan. Want to see u soon in a dhasu role. Love u karan

InfiniteLove 8 years ago thanx you TT for the article.
Love u Karan. Tc