After making a musical extravaganza like Aashiqui 2, Mohit Suri is all ready to charm the audience with Ek Villain. In a chat with india-forums.com, he speaks about the thought behind, Ek Villain, the reason behind casting Sidharth Malhotra and much more.

How has life changed with the success of Aashiqui 2?

Life started changing during the making of Aashiqui 2. I got married to Udita. Ek Villain, I was writing while I was making Aashiqui 2. Then I met Ekta, who had shown interest in working with me 4-5 years back. So all of it was happening together. Change doesn't happen by reading some books or making some movies. Post Aashiqui 2 obviously there is more money that is coming in, I guess that is the only difference.

Did you think Sidharth Malhotra would pull off a film like Ek Villain?

To be honest I didn't think so. (laughs) In fact I pre judged him, which was very unfair of me to do. I met him for lunch one day and I realized he was pretty similar to the way I am. He was someone who had worked as an assistant director then graduated as an actor. Sidharth has been through struggle, lived off his own, so he had everything that I required him to have for this role. It was wrong to pre judge him. But when we sat down and worked out the scenes, ge was great, have to give full credit to him. Even he forced himself, he came to me and said 'I want to do this film', he was just this guy bottled up, and no one else explored him. I still remember there was a day on the sets when he broke down, he came and hugged me and thanked me for the film. 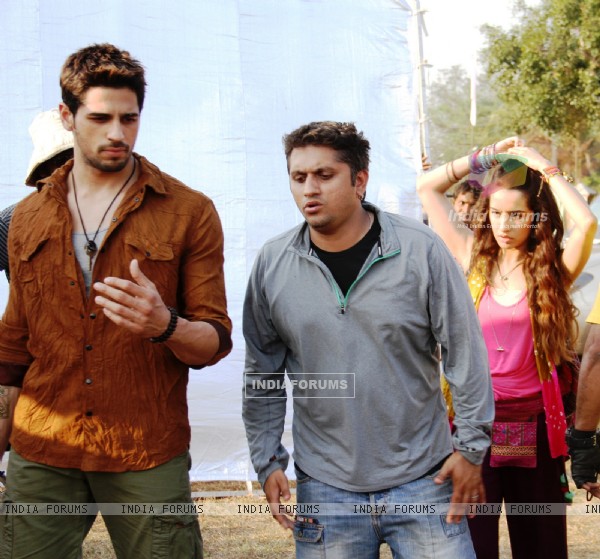 What is it that inspires you to make a film?

It's basically an emotion. When the entire unit claps for an actor, after a shot, I feel like a proud parent. What I realized during Aashiqui 2 is that I should connect to this that makes me the happiest. And that's why I feel India embraced the film. When I connect my emotional quotient to the art director, to my cinematographer, to my spot boy and everybody present on the set, is when I am able to depict the feeling, and that's how master pieces are made.

What happens when that emotional connect doesn't happen?

You know that's when I have made the worst films of my life. Like some of them have done well at the box-office but personally I have not liked them. Like Raaz 2, I really didn't like my work there. At the same time Awarappan might have not done well, but I feel it was a great film. 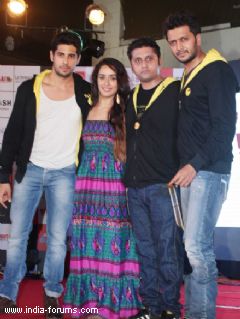 Were Riteish Deshmukh and Sidharth Malhotra your first choice for Ek Villain?

Actually they casted me (laughs). Other people were not looking out for them in these kinds of roles. I believe everyone is an individual and has something special in them; you just have to tap that part of him.

Ek Villain has been all about its interesting casting, what was the thought behind casting Kamal R Khan?

I just thought of him. I needed someone to play a male chauvinist, proud and arrogant man, who is not very dominating in size and structure. He actually plays Riteish's boss in the film. It is brilliant to have him on the sets. I don't think he was even acting. (Laughs)

How come you casted Aamna Shariff?

Amna I wanted to cast in Kalyug, that time it was called 'Blue Film'. That time I was a 22 year old boy, who went up to a television star, and told her to debut into films, with a film called 'Blue Film'. (Laughs) I don't think she took me too seriously ore liked me a lot back then. So when I wrote Ek Villain I thought about her, and thought she would be perfect for this role.

We wish with the interesting cast and an equally interesting plot, Ek Villain rule our heart, like Mohit Suri's other films have done. We wish him all the best for all his future endeavours.