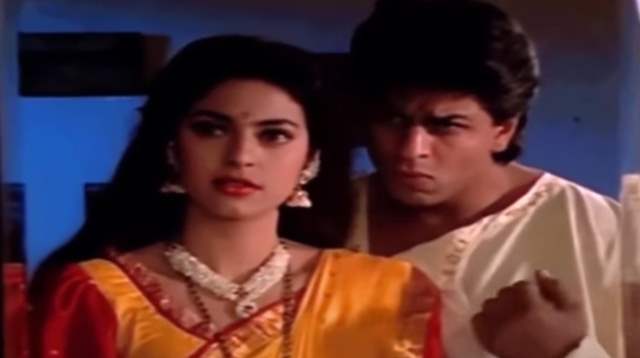 Bollywood actors Shah Rukh Khan and Juhi Chawla starrer ‘Yes Boss’ released on July 18, 1997, and the film completed 25 years of its release today. The film's famous song 'Chand Taare' is still on our playlists and is as fresh as yesterday.

Marking the special occasion, Juhi shared an adorable fan-made video on her Instagram account, which perfectly summed up the film’s journey.

Along with the video the actress wrote,

“I didn’t realise we were making memories .. I just knew we were having fun … no words to thank the Yess Boss team enough , Azizji , Shah Rukh , Aditya , Johnnybhai , Sarojji for her choreography , our music directors Jatin-Lalitji, with melodious Alka Yagnik, Kumar Sanu, Udit Narayan, Abhijeet and soulful lyrics from Javed Akhtarji …. for making such a lovely film watched by millions even today .. and thank you God for these priceless moments in life. Humbled everyday,”

While as the famous quote says, ' A  friend in need is a friend indeed' Juhi stood beside her friend Srk's challenging times and also went to the Mumbai Sessions Court to stand surety for Aryan Khan.

Juhi was one of Shah Rukh Khan’s earliest co-stars and they shared screen space in films such as Darr, Phir Bhi Dil Hai Hindustaani, Duplicate, One 2 Ka 4, among others. The two later became co-owners of the IPL team Kolkata Knight Riders.

+ 8
2 months ago when is red chillies gonna buy this movie and put it up on YT for us to all enjoy??