Star Plus show ‘Anupamaa’ is currently showcasing two new people in the lives of Anu and Samar.  The most talked about character Anuj Kapadia who had a crush on Anupamaa is back in her life. Another character who was mentioned before in the show has made a grand entry. Nandani’s ex-boyfriend Rohan is back in her life and wants to reunite with her. Samar has been furious on Nandani for hiding Rohan’s come back.

India Forums got in touch with the new entrant Varun Sharma who plays the character of Rohan in the show and asked him about bagging the project, he said, “I was aware that ‘Anupamaa’ is one of the best shows on Indian Television right now and thus when I received the opportunity of being a part of the show, I accepted it wholeheartedly. Also, what enticed me to sign the show was the character. Rohan is quite a layered character and it’s fun to play the same. He wants to correct the mistake that he did in the past and get Nandani back in his life. ‘Rohan’ had been mentioned in the show for quite sometime and finally the character has been introduced”.

Usually, a third angle in an already established love story often gets backlash from fans, we asked Varun about the same, he said, “Well, the viewers have seen me perform positive roles too, so they know my caliber. Plus, Rohan isn’t out and out negative character. Until now the responses from the fans are quite positive but I’m sure they might not like Rohan creating trouble between their favorite ‘SaNan’, so I’m prepared to get hate comments in near future. I will take them sportingly as it would only mean that I’m able to deliver a convincing performance”.

We asked him about his offscreen camaraderie with actors Anagha Bhosle and Paras Kalnawat (Nandani and Samar), he said, “Honestly, I didn’t expect such a warm welcome on the sets. Paras and Anagha are quite cool and fun people to be with. We were planning to click pictures and make funny reels which couldn’t happen the other day but I’m sure we will soon shoot some amazing stuff and have a great time. Not only the actors, but the entire production crew is quite supportive and warm people to have. I believe it’s one of the reasons why the show has been doing so well”.

Are you excited to find out what happens in Samar, Nandani and Rohan’s lives? Post your thoughts in the comment section below.

I got emotional on learning about Nazar’s comeback: Ashita Dhawan ... 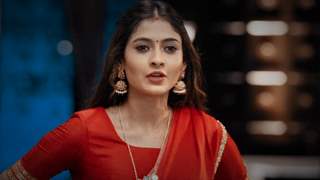 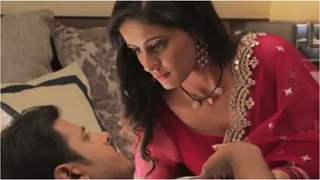 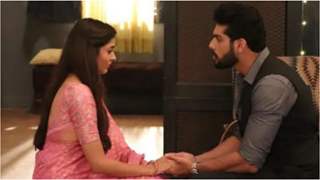 Pallavi learns the truth about Raghav and Isha in ‘Mehndi Hai Rachne ... 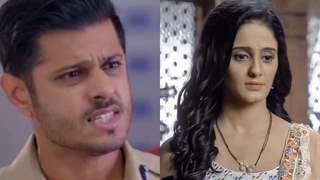 Virat’s desperate attempt to save Sai; Virat refuses to take the blame ...