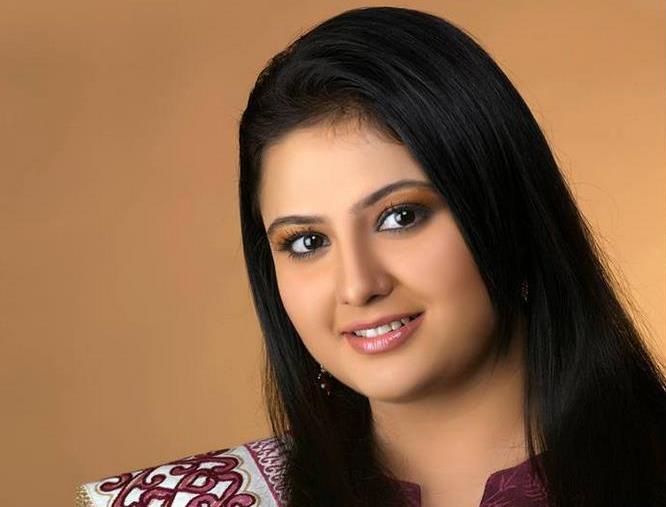 Ushma Rathod started her career with films and suddenly vanished from the industry. Years after, she has now comeback on the small screen with Star Plus' Manmarziyan.
With the inquisitiveness growing within us, we contacted the actor to know more about what she had been doing all this while...
Ushma said, "I started my career with films like Mehendi and Sherawali playing pivotal roles. But soon after, I found myself inclined towards dance and hence I decided to call it quits from the industry. I started choreographing for wedding sangeet ceremonies on  a large scale."
So what made Ushma make a comeback on television?
The good looking actor stated, "While I was pursuing my choreography, I got married and was blessed with a baby boy. My kid is now 10 years old and he suggested that I should make a comeback and how he would love to see me on television. Since I share a good rapport with Swastik Productions, I auditioned for the same and was selected to play a mother to the lead."
Hmm...While all seemed fine, we wonder if the lady regrets about having missed out on a chance to essay lead roles?
To our surprise, Ushma said that she had no regrets and was content in what she was doing.
She averred, "Look. There was a time when I could have taken up lead roles and made a successful career as an actor. But I decided my own fate. Now when I am back on television, I have no regrets about having missed out on the chance. I am content as an artist and have no hiccups essaying a mother."
We wish you luck in your career Ushma!
Shachi Tapiawala Rathod

5 years ago Why do people feel the need to comment on a woman's weight!? We don't know what her weight gain is related to. She may have a number of ailments that may have caused her to gain the weight or make it difficult to take off! Weight has no impact on acting skills! Look at Melissa McCarthy and you'll see how successful she is and her weight isn't a barrier! It irks me everytime I read 'I don't want to be rude' and then someone proceeds to be exactly that! We should teach our children to love people of all size, shapes, ethnicities, etc... At the end of the day I would rather watch a talented person like this woman rather that a talentless person who may have a figure that meets Indian society standards. She doesn't need to change, standards do! People don't need to be thin and fair to be talented and beautiful! Just saying!!!

+ 2
5 years ago We have enough actresses in shape on our screens, who I can't watch for more then a minute for there bad acting.

As long as she can act and is doing justice to her role, I'm fine with her weight.

Some of the biggest choreographers like Ganesh Acharya, Saroj & Farah Khan, are not in shape

+ 3
5 years ago Dancer and she has put in so much weight ? DOn't want to sound rude by commenting of someone weight but she is still fortunate to find work on TV .. where fitness is big time mantra just like films.

8 years ago just saw the trailer! definitely want to watch this! She's such a brilliant actress! Finally something with classic substance rather than what's on screen these days...

8 years ago It will be lovely to see her back on screen. She is So talented !!!!