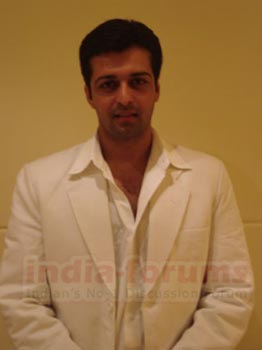 He played a good son-father-husband in Sinndoor Tere Naam Ka. Now, while on one hand, we see him as an obsessive lover and a ruthless guy in Saath Phere, he essays the role of a very romantic character who falls in love at first sight in Har Ghar Kuch Kehta Hai. An actor with the most mesmerizing smile, Sachin Shroff can carry off a simple as well as complex role with the same ease and comfort.

How is it that you choose your role? A charged up Sachin says, “I choose my roles on versatility and depth of the character, I see whether the character touches the roots and has gravity. In Saath Phere, the episode where it was revealed that my character was the culprit actually fetched very good TRPs. Now I can say that I managed to keep the audience entertained and glued; Abhi in Saath Phere is a cameo, so I don’t think the character can sustain for long, but I am glad that my hard work paid off. When you go on a trip, you very well know your destination; in the same way, I worked for 2 months and built on my character of Abhi for the ultimate episode where the character is exposed.” Sachin quickly sums up saying, “We need to be doing something different all the time. TV has a very short memory and no character can be remembered as a Samba or a Soorma Bhopali. So my aim is to work in many roles, so that at least one character of mine is remembered by all.”

What has the future in store for Sachin, the actor? “I really don’t know now, but I always love to play well-graphed characters. As of now, I have too many offers coming. But I am blocked and frozen with dates; I will probably take a decision after a month, when my cameo ends.”

It’s raining ‘Reality Shows’, so will we see Sachin anywhere here? “I don’t want to get into dancing or anything, but I would love to be an anchor. I have been an anchor before in Shabaash ; now I am waiting for my time”, signs off Sachin. 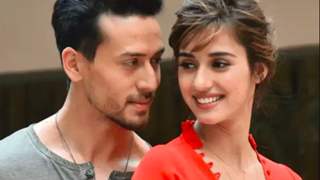 14 years ago Great Interview..
Sachin was such a great husband in Sindoor Tere Naam ka. I think every girl dreams of having a realtionship like that.. Sachin gets the credit for showing so much affection towards his wife.
Saat Phere showed him in a different light and we all still love him.. we will miss him.

+ 5
14 years ago I completely agree with “We need to be doing something different all the time. TV has a very short memory.... remembered as a Samba or a Soorma Bhopali. So my aim is to work in many roles, so that at least one character of mine is remembered by all.” Very well said.

The episode might have fetched great TRP's but we felt sad!

+ 2
14 years ago awww.. he's such a sweetheart & is sooo sweet! i think sachin is one of the finest actors of tellywood. he does justice to every single role of his. i wish him all the best for his career! :D

14 years ago Yes that's true - Sachin has been taking on a variety of roles and doing justice to all of them. He's a great actor. :D

14 years ago Abhi will be exposed within a month. That is a good news. but i will miss Sachin.

14 years ago Sachin Shroff is not my favorite actor,but he a really good one! Instead of picking easy roles for the money, he does something different and interesting each time. I enjoy seeing what he will be in next! Good Luck Sachin!

kikisandhu 14 years ago he was in shagun, did he marry poonam