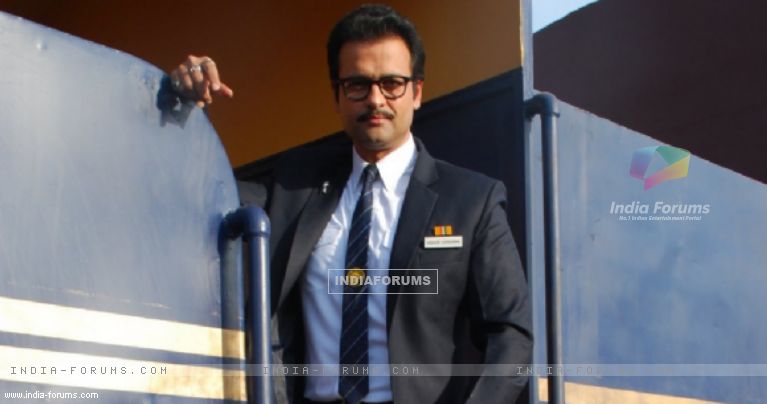 Actor Rohit Roy, who is seen on the small screen with SAB TV's Peterson Hill,  is happy to essaying the role of a TC in his new show. While Rohit has always experimented with his roles, Peterson Hill marks Rohit's first comedy show.

In conversation with us, Rohit talks about his character, doing a comedy show and more -

After a long time you are coming back on TV, so what do you have to say about it?

Well, that's true after a long time I made a comeback on TV with Peterson Hill and I am really glad that I took up this show. Frankly, when this role was offered to me, I was not sure that I will be able to do it because I have done drama, action and other kind of roles but have never tried hand in comedy. I was not sure whether audience will accept me doing comedy but I was really happy to see the overwhelming response from the audience for my role of Kishorilal Chadda.

Though I was skeptical about my character,  but I got a warm response for my character. My fans who loved me before continued to love me as they used to do.

Is comedy difficult from other genres?

Yes, comedy is million time difficult from other genres. The most important thing is that SAB TV is a channel known for comedy and then it is compared with the other shows which are already there on the channel like Taarak Mehta Ka Ooltah Chashmah and more.

Other than that as Charalie Chapplin has rightly said - 'It is more difficult to make someone smile as compared to make them sad' and I completely agree with that. So, yes it is very difficult but I am really enjoying my character and after a long time I am happy to play this character of Kishorilal Chadda.

There are many comedians on the sets to guide me and the best part is I am getting praised for my efforts.

How is your equation with other actors and what do you have to say about Ashwini Dheer?

It is really fun to be on the set, I feel that this is the best set out of all the sets I have worked. Everyone here is so generous and we all get along very well with each other.

We all started our work together since day one and the bond between us is the same as it was on day one. Talking about Ashwini Dheer, he is a very efficient person to work with who make things easy and comfortable. So, I feel that I have taken a right decision to make a comeback with this show.

Do you relate yourself with the character?

Yes, I completely relate myself with my character in real. I know it will sound silly that I am praising myself but that's true. Like Kishorilala Chadda is helpful and friendly with everyone similarly I am also the same in real. That is why I have many friends because I gel with people soon. I am loving and a warm person like Kishorilal Chadda. So, even on the sets I mingle with all the people present there.

There was news circulating that you are not happy with the character and so you are planning to quit. Is that true?

+ 4
9 years ago Omg! It's Karishma Kapoor and not Karisma Kapo.

It's better for IF to copy and paste articles from another site the way they are than editing them.

9 years ago Looking forward to her return. And hoping she will add herself to the list of Madhuri (Aaja Nachle) and Kajol (Fanaa) to complete a troika of successful, much matured roles with so much added grace and demeanor. Dangerous Ishq does sound like a concept that would give Karishma her signature style to comeback in with a bang!