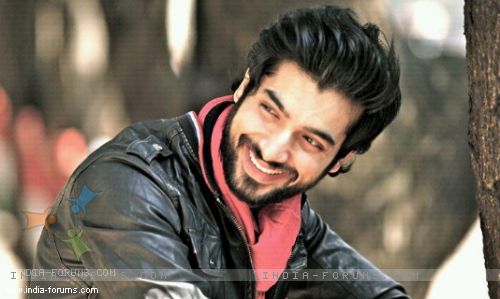 Popular actor Ssharad Malhotra who rose to fame with Zee TV's Banoo Main Teri Dulhann is all set to return on the small screen after a long sabbatical. As reported Ssharad will be seen playing the lead of a grown up Pratap in the historical show Bharat Ka Veer Putra - Maharana Pratap on Sony TV. His entry will be seen soon in the show.

The actor is very much excited with his comeback as Maharana Pratap and can't stop sharing his excitement with TellyBuzz as he says, "I am coming back after five years, in between I was busy with some other work but finally I got the opportunity to play older Maharana Pratap."

Talking about the young Pratap (Faisal Khan), the actors says, "Faisal has done great job. I have personally met him and he is a lovely boy. He has a huge fan following and I think he has really work very hard for Maharana Pratap and so from the position he has set I would love take it into another level. So I want to request all the viewers of the show to please watch me and give the chance to take the show higher to another level."

How has Ssharad's preparation been for the role of Maharana Pratap? This is what he says, "Preparations are going on in full swing. From morning 7 am to night 9 pm preparations are on. There are thing which I have been experimenting while shooting is horse riding, sword fighting etc. my work out and regular training in on."

"I have read many books on Maharana Pratap and watched many DVDs, so this way my personal home work is also going on," he further adds.

Lastly the actor shares a message to his fans and says, "I am very happy that after five years I am connecting with all my fans, all the viewers just like my work and love me and I will love you a lot. I will keep entertaining you for sure."

Nain5000 6 years ago Extremely excited to watch him on tv.. I had been his gr8 admirer since his 1st show kabhi to nazar milao... I really really lv him after watching hi s work im dulhan... Lv u sharad... Cant wait to see u in a different avataar...

CallmeCel 6 years ago Feelign sad that finally leap is gonna come at last!!!!!
It's going to be tough and nearly impossible for Sharad to patch up with Faisal's level of Work!
Still best of luck!!
Faisal Khan you rock as Pratap!
Bharat Ka Veer Putra Maharana Pratap rocks!

BrokenHearts1D 6 years ago Faisal has definitely done an amazing job...Faisal love u a lot...will miss you...
All the best sharad...hope u can match up to faisal work...!

kamu_zainaddict 6 years ago Shared thinks Faisal did ausme job.
How can u think man he has done and he is doing. You will take to next level seem tough for you.
Still best of luck

Chitra89 6 years ago Yes, yes, Fiasal is a lovely boy. Love you Faisal! You are just awesome and you rock as Pratap :)
Bharat Ka Veer Putra - Maharana Pratap rocks!!!!!

RaBul_ArNal 6 years ago Good luck Ssharad Malhotra!! It's nice to see you back and love your couple with Divyanka Tripathi!

-Enigmatic- 6 years ago Wish u All The Best Ssharad Malhotra..

Just wanna say Give ur Best & leave rest on God..!!

u r Great actor no doubt...

zainabgulkhan 6 years ago Will be excited to see the older pratap :P can't wait