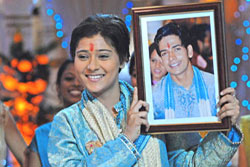 Many a times, we have seen the lead male actors dressing up as females; the best example that one could give is of Yash Tonk doing the same in Karam Apnaa Apnaa. But to see a lead actress donning just the opposite is something new for the viewers and now in Rajan Shahi's Bidaai Sapna Babul Ka, the protagonist Sarah Khan creates history of sorts by making the 'Impossible' as 'Possible'.

Sarah Khan, who plays the role of Sadhna has accomplished this rare feat in such grand style, and thats not it, she even shakes her legs for dance sequences. 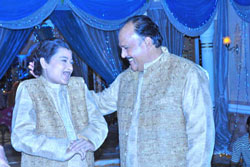 When aping one character is tough, the confident actress Sarah managed to get into the shoes of three men from the same show.

"It is the sangeet ceremony of Ragini, and Ithoroughly enjoyed this experience", bursts out Sarah. Talking about the characters she impersonated, the pleasant girl says, "I started off with the groom Puneet, played by Girish Jain and danced on the number 'Chal Pyar Karegi'. But it was the second character that I loved doing most, that of Alokji, my mama in the serial", says Sarah. Continuing on her histrionics, she next played Vineet played by Naveen Soni for the song 'Soni De Nakhre'. 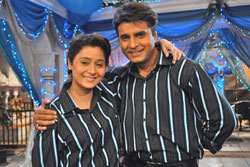 Sarah herself felt excited and commented, “It was so fun. We all had fits of laughter that day. I still can’t stop laughing when I recall that day’s shooting. And know what, I am sure our dance would be the best item on the show, it will be a hit”, and starts laughing.

To see her dressed such funnily with extra paddings, bloated stomach, wig and moustache, it was like a complete laughing riot on the floor during shoot. Keeping in view of Sarah’s comments one thing is sure, viewers can look forward to have a real treat of humor and fun in this particular dance medley through this new act of her. 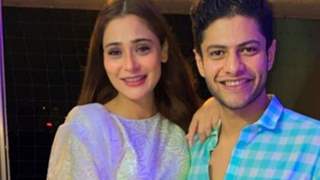 14 years ago Thanks for the article.. Can hardly wait to watch it on monday.

+ 5
14 years ago Thanks for the article, really looking forward to seeing this episode.