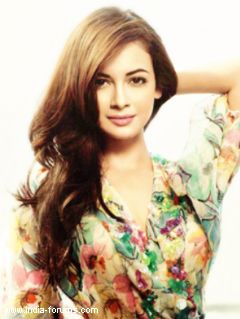 New Delhi, Sep 18 What does Dia Mirza regret? She says she misses not going to regular college and hanging out with friends.

'I am still a child, I never let go of it. When I was younger, a big priority in my life was to go out and be independent, earn my own money...It was a great feeling of empowerment, of financial independence. Feeling secure of the fact that I have me to take care of me. And I think every women needs to feel that,' Dia told IANS.

'Do I regret not going to regular college and interacting with friends? Yes, to a certain extent I do miss the fun. But I think life has given me a whole different set of fun and experiences that I cherish.'

'I believe every human being has a paradigm shift in their life. Every 10 year or every five years, they shift internally. My first shift was winning beauty pageant and suddenly doing everything that I never imagined.'

Model-actress Lisa Haydon, who will be seen sharing screen space with Ajay Devgn and Sanjay Dutt in forthcoming movie 'Rascals', enjoyed working with them.

'They both have a great sense of fun and sharing screen space with them was just amazing,' said Lisa.

Asked who does she think is the biggest 'rascal' of them, she said: 'I think I am the biggest rascal amongst all the leading stars, including Ajay and Sanjay.'

Directed by David Dhawan, 'Rascals' will hit the screens Oct 6.

Contrary to the reports that Sonam Kapoor had problems with actor-director Pankaj Kapoor while shooting for his directorial debut 'Masuam', the youngster says she admires the veteran's acting skills.

'The first time I met Pankaj-ji, it was for a workshop and we were reading the scenes out. I got along with him soon. I just loved his sensibility. I have always admired him as an actor,' Sonam told IANS.

The veteran actor is often considered to be a serious person, but Sonam says she wasn't nervous.

'You need to have a sense of confidence and I learnt that from Rakeysh Omprakash Mehra. He said nobody will hire you if they will feel you can't do their job. So, I go there thinking I have to go there and do my job. You go there, you learn from people and experience things,' she added.

The film also stars Shahid Kapoor in the lead. It releases Friday.