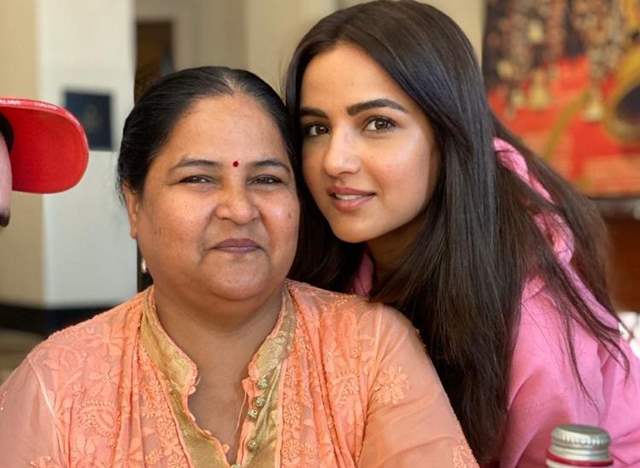 Speaking about her culinary skills, Jasmin’s mother Gurmeet Kaur Bhasin says, ''I am proud of Jasmin’s cooking skills. In between other tasks also, I have seen how Jasmin takes care of the kitchen. She makes sure everyone gets food. Long back I had taught her how to make parathas buy everything else she makes is self-taught.”

So what is Jasmine's favorite food? “All non-vegetarian dishes and of course the kadha prasad - that’s her favourite. She also made that in the Bigg Boss house and everyone loved it.” Jasmin has often been criticized for her equation with Eijaz Khan and Rahul Vaidya in the house. But recently, we have seen how Jasmin went up to Eijaz and Rahul and said sorry and showered positivity in the house.

Speaking on her nature her mom adds, “After she started her career, she has been alone in Mumbai and whenever she visits her home in Kota she spends time with everyone in the house. We have a joint family and she'll ensure that everyone gets her time and attention. All her cousins are rooting for her in Bigg Boss. Jasmin is someone who loves people.”

Moms sure do know their kids the best, and Jasmin's mother is no less either!