He came, he ruled and he conquered all hearts as Prem in Kasautii Zindagi Kay! Yes, we are talking of the handsome hunk, Karn Vir Bohra, (earlier called Manoj Bohra) who is back to Television after a long hiatus. 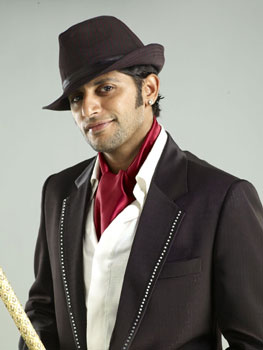 Featured Video
Ask him about the reason for name-change and the actor quips, “What’s in a name?”. But then, he goes on to say, “Karn Vir is actually my name according to my Janm Patri, given by my nanaji. My Dadaji who was a staunch fan of actor Manoj Kumar, gave me the name of Manoj then. But now, I am Karn Vir Bohra, as it is always auspicious to be called by the name mentioned in the Janm Patri”.

Welcome back to Television after a long hiatus! “Yes, I am glad that I am back to television. I guess Mr. and Ms. Television is the best platform that I could have ever got where I will get to do what I like – Sing, dance and act, and mind you, I am pretty good at all the three”, chides the actor in style.

Karn Vir gives himself a 10 on 10 when it comes to singing, dancing and acting, and is very confident of doing well in Mr. and Ms. Television, the 2 week reality extravaganza on Sony. The actor will be seen on the big screen too, in the movie Kismat Connection. He says, “I have never been against acting in TV, it was just that I did not get anything good. My movie is slated to release in July, so I guess this is the perfect time to get back to the small screen, and relive all the good memories of being Prem. This is just like a prelude before my movie releases (smiles)”.

So here comes the all-rounder ready to take on the rest!! 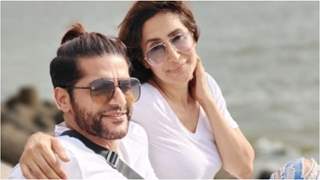 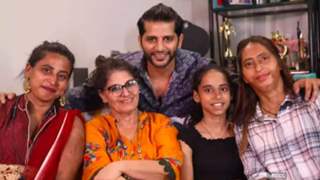 + 4
12 years ago hey karanvir u r a great actor man!
A real cOOl dude.. Really liked u in kasauti.. A talented versatile actor.. plzzz do any serial again wid shweta tiwari.. plzzzzzzzzzzz... nd both as a lead, not in mother son relation..

jenny20 13 years ago i am really really glad that he is going to be back in KZK.

drao19 13 years ago he is really looking so cute in this pic... he is always cute . i wish him all the best for his future .... whatever he does he should always be successful....
i have not been such a great fan of anyone till now... this is the first time....
i missed all the TV serials in which he has acted and saw him for the first time on you tube as prem in kasauti and became a great fan of his... i soon wanna watch him on TV .... right now i watch shararath daily....

mehendi 13 years ago wow....... he is so dashing in this picture. and also thanks to giving this information about him. anyway im from sri lanka. and im wishing all very best for his future.

14 years ago omg i cant believe hes gonna be on tv again...i thought that we would never see the day yay!!!

14 years ago yay! He is back and back in action! Man, he is the only true Prem 4 me. Still am missing him even though i see him in london episodes of KZK.