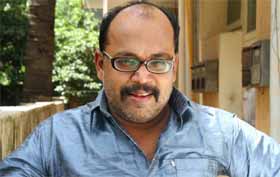 National award-winning Tamil actor Thambi Ramaiah feels the true potential of an actor is brought forth when he or she is ready to experiment with different roles.

"I always keep myself open to different roles because I believe by taking up a variety of roles, one's true potential is unearthed. All my roles to date have been different and I thoroughly enjoyed doing them," Ramaiah told IANS.

The actor, who won the National award for his performance in Tamil film "Mynaa", will be seen playing one of five leads in the upcoming Tamil comedy-drama "Vu".

"I wouldn't call myself the hero of the film, but I essay a very important role," he added.

Ramaiah was recently lauded for his performance in debutant Vikram Prabhu-starrer "Kumki", where his screen space with Vikram was a treat to watch.

He is currently busy filming for a handful of films such as "Sivappu", "Kedi Billa Killadi Ranga", "Gnana Kirukkam" and "Yaan".