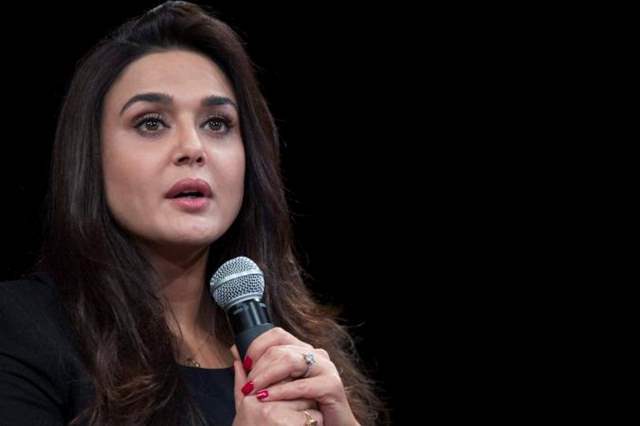 Preity Zinta won many hearts with her stellar performances in numerable films but it's been a long time now that she has been away from the film industry. However, the actress recently opened up about how she has no complaints from being away from the silver screens.

The 46 year-old actress, who was one of the most popular faces on screen in the 2000s, was last seen in Bhaiaji Superhit (2018) after a hiatus of several years.

Now, in an interview with SpotboyE, Preity said that she has been away from Bollywood because she is ‘not into selling (herself)’. She added that she has never been one to pay for media coverage as well.

She has been quotes saying,

I am not the kind of person who will stand up and complain about anything. I have no complaints against anyone. If I’ve been away from the entertainment industry it’s because I am not into selling myself. You won’t see me buying space to get written about. I want to be appreciated for the work that I do.

Speaking of Preity's debut in the Hindi film industry, she entered with a small role in Mani Ratnam’s Dil Se but after the release of this film, she was supposed to get a proper launch by Shekhar Kapur in his film Tara Rum Pum Pum, but to her fate, the film had to be shelved.

Then in the year, 2013, Preity turned producer with Ishkq in Paris, apart from producing the film she also starred in it. However, the film fared poorly at the box office. After its release, she made cameo appearances in Happy Ending and Welcome to New York.

Preity made a comeback after several years with the much-delayed Bhaiaji Superhit in 2018. The film, which also starred Sunny Deol, Arshad Warsi, Ameesha Patel and Shreyas Talpade, was a box office disaster.

Meanwhile, Preity has been busy with the Indian Premier League and her Kings XI Punjab team. Rumours suggest that she is producing the Hindi adaptation of successful British series, The Night Manager, for a digital platform. Reportedly, Hrithik Roshan has given his nod to the show.

1 months ago Her days of selling herself are long gone. Even if she sold herself now, nobody would buy it. She has hit the wall.

2 months ago I think gader ek prem katta actress was Amisha patel???? Get your facts right.