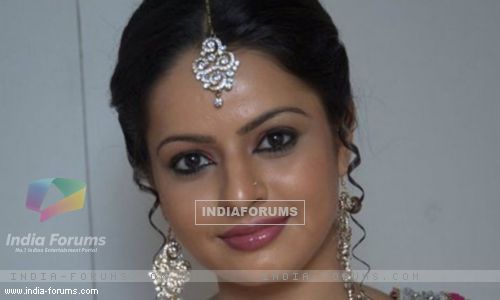 In this chat with TellyBuzz, Binny talks about her association with the channel Zee, her journey from dancing to acting and much more...

You were a part of a very popular dance reality show, so how has your journey been since then?

I am very glad that I got an opportunity to be a part of one of the most popular reality show on television, specially on a channel like Zee. I appeared in the first season, I was rejected then but I had the aggression and ego within me that next time when I come I will prove myself and that's how my journey started. I think that failure was very important for me because if I would not have taken that rejection seriously I would not have reached here.

After second season I got my first break and my journey began with a show on Zee Sanjog Se Bani Sangini where I was paired with a popular actor Iqbal khan and many other popular faces. This show will be my third fiction show on television and I am really looking forward for it because I feel this is again a challenging concept for me.

Being a good dancer as well as an actor what appeals you more - dancing or acting ?

How have you progressed being the part of this industry?

I am definitely learning a lot everyday. I think learning process for every artist never ends then may it be an actor or a dancer because the day we think that we have mastered our career it stops that day. Even today I feel that I have lot to learn in dancing, I have so many flaws in me muje ye wala style perfect karna hai, in the same way when I shoot I feel that I could have improvised this shot.

Being a good dancer will you ever go for a dance reality show?

I am waiting to appear in a dance reality show. I will be very happy If I get an opportunity because dancing is something where you get to do both the things acting as well dancing as you express while dancing.

Audience will watch you after a long time so were have you been all this while ?

I was busy doing my dance rehearsals because when I don't do television I am busy doing things related to dance.

How is Binny Sharma in real life?

Binny is a very confident and independent girl in real life. She is not among those girls who can break down easily.

Have you come across any obstacles in your career?

No touch wood I am really blessed. Initially I had to work hard to prove myself as a dancer but since then things have really been good to me. I can't say that I have struggled to make a place here but yeah I had to be patient enough to get good projects and I have always got good result. People think that its a easy job but it really requires a lot of hard work, you have to shoot for 13 hours and we have to forget or personal life but work is worship and we really worship our work.

We wish Binny Sharma all the best for her new venture.

OrientalDancer 5 years ago I am so exctide that we will get to see you on 27th January onwards from Monday-Satudurday! I am counting the das!!!

Moumita30 5 years ago Waiting patiently for your show. Hope it's a huge success...

OrientalDancer 6 years ago I am so excited!!! When will this serial air on Zee????Hope soon!

MusicMuse 6 years ago Welcome back my princess Binny Sharma, hope they'll take some one as hot n handsome as IQ against you this time too. Best of luck for your new project. Excited.

Mohabbateinn 6 years ago Binny rocked in Sangini... excited for ur new show -- beauty with brains.