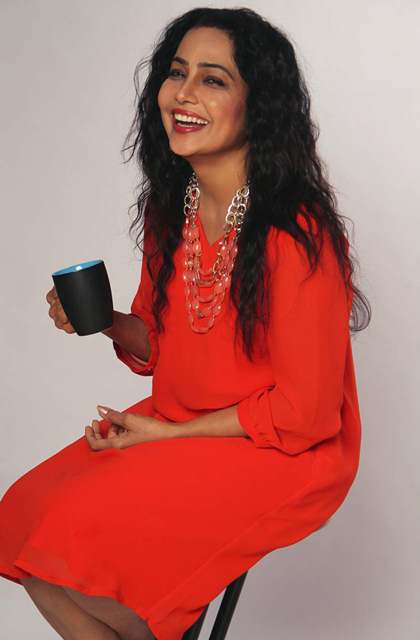 Popular actress Shubhangi Latkar who is known for her role in Zee TV's Do Dil Bandhe Ek Dori Se and in films like Aashiqui 2, Singham has won immense appreciation from the viewers for her acting skills. Having garnered fame and recognition, Shubhangi will be seen sharing screen space with the eminent actor Raj Babbar in an action packed show Pukaar - Call For The Hero.
In conversation with us, Shubhangi talks about her character, experience of working with veteran actor Raj Babbar and more...
Shubhangi says, "I am expecting a lot from the show  Pukaar as the makers have something very different for the audience to offer. Vipul Amrutlal Shah has taken efforts to present it like a film and we all are giving our best to take the show to another level."
When asked about working with actor like Raj Babbar she says, "I am glad to work with Raj Babbar. He is very down to earth. I feel that he is very good in technical things and the suggestions given by him are applied by our DOP so I am just amazed with his personality. We all enjoy listening stories about actors of his time."
Telling us about the environment on the sets, Shubhangi says, "I enjoy the time on the sets as we have a very peaceful and fun loving atmosphere here. All my co-actors are very nice to be with. I am really proud to essay the role of an army man's mother in the show."
What does Shubhangi has to say about the ace producer Vipul Amrutlal Shah? "As a person he is very soft spoken and kind. He has always appreciated me whenever he likes my work."
As Shubhangi has acted in films as well as in TV shows, we ask her what appeals her more and she says, "Serials and Films both appeal me. As an actor I always make sure that I get creative satisfaction then be it film or a show."

We wish Shubhangi all the very best for her show Pukaar!

+ 3
6 years ago Love Shubhangi Latkar. She is my favorite on screen mother. Very beautiful and talented.