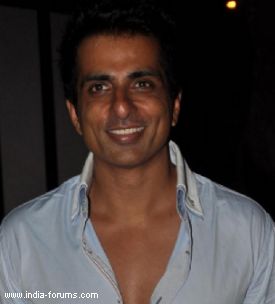 The dashing actor Sonu Sood who has entertained the audience with his acting skills in many of the South Indian and Bollywood movies, has lots of projects lined up in his pocket at the moment and he is very busy shooting for the same. His upcoming releases are R..Rajkumar, Entertainment and Happy New Year.

Read on to know what he have to say...

We asked Sonu Sood about his upcoming movie Happy New Year, he shares, "I cannot talk about the movie Happy New Year in detail at the moment, but all I can say is I am honored and have thoroughly enjoyed being a part of the movie. I got a chance to work with the most talented and finest actors in the movie. The entire team was very supportive and encouraging too."

He has worked with the popular Khan's namely Salman Khan in the movie Dabangg and with Shah Rukh Khan in the movie Happy New Year. On the same we asked him on how has been his experience working with these superstars, and he said, "I am happy that I have got an opportunity to work with Salman Khan and Shah Rukh Khan, they both are very talented actors and I am honored to share a screen space with them. I am looking forward to work with them further too."

Post Dabangg where Sonu played the character of 'Bhaiyaji', he has been working with the top banners in the Bollywood industry. We quizzed him over this question and here it is what he have to say about the same, "Yes, it is true that post Dabangg I am doing movies with big banners. It takes 10 to 15 years for an actor to reach at this moment where I am, I have done hard work and it is paying me off well (smiles). I am working hard towards all the movies that I have taken on board. Also I have really enjoyed the roles that I had taken in the past, as an actor they are very encouraging to me." 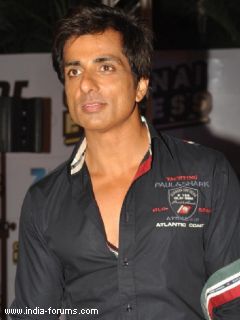 Talking about his upcoming movies and projects he added, "After the movie R...Rajkumar, I will be seen in the movie Entertainment with the actor Akshay Kumar and then comes Farah Khan's Happy New Year. Apart from these there are few projects in pipeline but nothing is concrete as in yet."

We wish Sonu Sood all the very best for his upcoming movies!