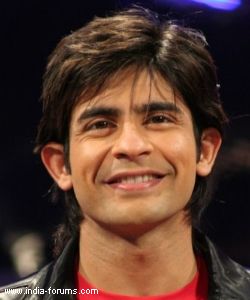 Hussain Kuwajerwala who got his fame from Star Plus' popular show Kumkum-Ek Pyara Sa Bandhan where he was paired with Juhi Parmar Shroff is coming back on the small screen after a sabbatical. He did many popular shows on TV and was also seen in a musical Broadway show Kingdom of Dreams in which he played the main protagonist along with actress Gauahar Khan and Kashmira Irani.

Hussain disappeared from the small screen but now he is finally back with a reality show on Zee TV's India's Best Cine Stars Ki Khoj. He will be seen as a host in the very much awaited show which is about finding a star of India. Hussain is applauded for his acting  skills as well as hosting skills. He was last seen as a host of the singing reality show on Sony TV Indian Idol 6 where he was loved as a host.

Tellybuzz contacted multi-talented actor Hussain Kuwajerwala for his come back on the small screen and he says, "I have been getting calls and even fans messages to see me back so I was waiting for the right show to come my way and I got a call from Zee TV and I said a yes. I have a strong association with this channel as I have debuted on television with Zee TV's show Aashirwad and I was also a part of such amazing show Shabaash India. So it feels nice to be associated with the same channel again. I have been doing Television shows in break and last I did was Indian Idol so I try to keep giving back on small screen."

Hussain has hosted many shows in the past which has been appreciated and loved by the audiences, this time too he will be seen hosting so we asked him the difference viewers will get to see and he says, "I have hosted shows before and this time it's an altogether new show with new concept and every show has different requirements. This show follows a format which is totally different it involves dancing, singing, acting and many more activities relating to a personality. It is all about making of stars which is really unique and challenging so hosting such a show will be a great journey."

Asking about his bonding with contestants Hussain says, "I will be a friend to them and a shoulder to cry on. A friend with whom they can talk and share their happiness and sadness, a person whom they can ask to whatever they feel to ask. There will be no distance between us. The contestants are from all over the world so they might feel difficulties but I will be with them throughout."

On asking him about his big screen plans he says, "It's on the cards let's see what happens."

Angelicprinces 6 years ago OMG! He is the best host ever! Mini Mathur and his pairing as host set the bar so high! I am looking forward to the show..welcome back Hussain!

Eksie 6 years ago Welcome Back Hussain!! Missed you!!!

Sooo happy to see Hussain back on Cinestars ki Khoj.. and he's perfect to play host to such a show. What sets Hussain apart from other hosts is his inate bonding with the contestants.. common people who come from various cities all across India, and need the emotional support and a friend to talk to. Hussain is just that person.. Proud of Hussain!

sukklover 6 years ago so our HK back on Screen.. & Thanks IF at least u post something

greatsaleen 6 years ago Love watching you on my TV! Welcome back Hussain!

Valini 6 years ago Welcome back Hussain Kuwajerwala and happy it is on a Zee Tv a network with high standards and good ethics. Happy to see the happily married guys that are settle doing an excellent job on small screen

awesumsonia 6 years ago wowww finally he's baccck!!!
Missed HK a lot
I would watch this show fr him definitely :)

ninag 8 years ago Love koshish Sanjeev kumar was amazing. He puts all other actors to shame