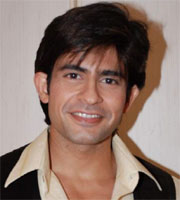 Hussain Kuwajerwala is back from a jolly good vacation in Rome, and has gotten back to working on television!!

Confirming this, Hussain says, "For the first time, I am coming as a celebrity guest in a show. The amazing part is that I will be judging contestants for the first time. It was a great experience being part of the Mummy's Special of Boogie Woogie. When I heard that mummies were dancing, I wondered how they will manage to perform, but I was truly amazed to see them perform so remarkably".

Hussain shares with us a a secret, "Ten years back, I came to Boogie Woogie with my college team to perform, and now I got back to the same stage as judge, and it was a memorable moment for me".

The actor will also be seen shaking his leg. The episode will be aired this week.

+ 3
13 years ago Ten ys back he performed in BW and now as a special guest!very nice.

bijayitasahu 13 years ago Hussain is my favorite..i like his attitude and he will make the show more entertaining........

13 years ago yayyyy!!!!cant wait...
omggg!!!he performed on dis stage 10 yrs back wid his clg group...wayy to go boogie woogie..just hope they show that old AV once on the show...

+ 2
13 years ago wowww, i guess this is the only position where i wanted to see him. Actor, anchor, contestant and now judge.. its is really gr888 news.