Hunar Ali who was seen essaying the character of Sohni in Star Plus' Grihasti has bagged the lead role in Sunshine Productions' Yaha Pe Sapne Baste Hai… Karol Bagh on Zee TV. 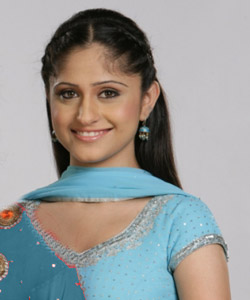 Featured Video
Telly Buzz had earlier reported about the news of Karol Bagh coming on Zee TV in a prime time slot. We had also mentioned that this will be the first television show purely based on the life of Delhites. Here we give more info on the storyline of the show.

According to our source, "The story is based on a middle class family who live in Delhi. The family is headed by the parents, who have three daughters and a son. Hunar Ali who was last seen in COLORS' Koi Aane Ko Hai with Raj Singh Arora will be playing the lead in the show. She plays the eldest daughter of the family who is very bold, happy-go-lucky types, who is very protective about her two sisters".

"The show will be launching sometime in the third week of August. Contiloe's Jhansi Ki Rani is also slated for a launch around the same time in August. With Maayka and Betiyaan ending on August 14th and August 13th respectively, Karol Bagh with either get a time slot of 8 PM or 10 PM. However, the decision has not been taken on the time slots to be given for Jhansi and Karol Bagh", informs our source.

"Other than Hunar Ali, the cast in the show are mostly new faces", states our source.

We tried calling Hunar, but she was unavailable for comment.

We even called and sent text messages to Producer Sudhir Sharma, but could not get any response.

Our attempts to get a confirmation from the channel were also in vain.

13 years ago wish they were starting NOW. Yesssssssssssssssss ending the old and bringing in the new. Perfect. thanks

13 years ago didnt knew that the crap betiyaan is also ending .thnks grt

+ 5
13 years ago I am eagerly waiting for Jhansi Ki Rani, So excited .. lol ..
But looking forward to both of the show, I Hope Jhansi Ki Rani is Slotted at 10PM It will be good ..

srgmpbanner 13 years ago can't wait for these 2 new shows to launch.
hope the story of this serial is refreshing.