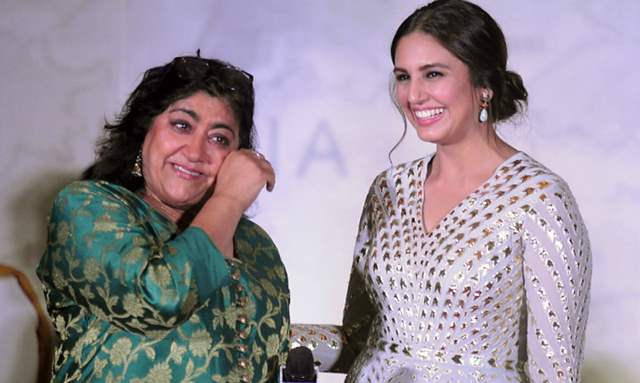 Huma Qureshi who won several accolades universally for Leila is currently in the LA to shoot for her Hollywood project, "The Army Of The Dead" which is helmed by Zack Snyder. The actress took time from her busy schedule to attend a panel that had her mentor/friend Gurinder Chadha as a speaker.

The duo who previously worked together in The Viceroy House bonded together for hours & spoke about various things. The duo has always supported professionally & personally as well. In fact, Gurinder was the first one to congratulate Huma for her performance in Leila. Chadha also made a special video on her social media to support Huma during Leila.

Army of the Dead is an upcoming American action horror heist film directed by Zack Snyder, with a screenplay co-written with Shay Hatten and Joby Harold, based on a story by Snyder. The film stars Dave Bautista, Ella Purnell, Ana de la Reguera, Theo Rossi, Chris D’Elia and Huma Qureshi. The film will be released on Netflix.