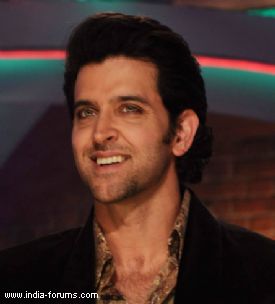 Actor Hrithik Roshan will not be part of Karan Malhotra's "Shuddhi". However, he says he has decided to unite with the filmmaker for another film.

"Karan Malhotra and I have decided to unite in the most ambitious way post 'Shuddhi'. For now, I cannot allow a vision like 'Shuddhi' to stagnate any further," the 40-year-old said in an official statement.

The two have worked together in "Agneepath(2012)", a remake of the 1990 film of the same name, which was produced under Karan Johar's banner Dharma Productions, which is now producing "Shuddhi".

It's is believed that he has quit the film for health reasons.

Hrithik has wished both the filmmakers success for the upcoming movie and hopes that it will be a "landmark" in the Indian cinema.

"I had the finest experience an actor can have while working with Karan in 'Agneepath' and I'm sure both my dear Karans (Malhotra and Johar) will go beyond with that one. 'Shuddhi' remains a part of me in spirit and (I) am sure it will be a landmark in our cinema. I wish them all the best," the actor said in the statement.

"Shuddhi" was supposed to feature Hrithik and actress Kareena Kapoor.