Featured Video
Fanaa, is excited about the theatrical release of the keenly anticipated Kidnap.

Commenting on how the sensational newcomer of Jaane Tu Ya Jaane Na, Imran Khan, got signed up for the project, she reveals exclusively, "A friend had seen Imran at Aamir Khan Productions' office and said he looked interesting. 'Interesting' is what we needed for Kabir so I mentioned his name to Sanjay (Gadhvi). Sanjay saw Imran and called me immediately to say that we had found Kabir."

She adds, "Kidnap is a man vs. boy story. It's a David and Goliath saga so we needed the competition to look unequal. Imran's rawness and boyishness works vis-a-vis larger-than-life Sanjay Dutt." 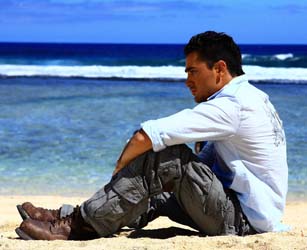 Elaborating on her first reaction on seeing Imran, Bathija adds, "I met Imran first at his house when Sanjay (Gadhvi) and I went to give him a narration. He was exactly what I had in mind when I wrote the character of Kabir four years before setting eyes on him. Kidnap was destined for Imran."

Remarks director Sanjay Gadhvi, "I am proud of Shibani because she wrote the script of Kidnap even before she worked on Kabhi Alvida Na Kehna and Fanaa. This is really one of her initial scripts. It so happened that these films released before and we started making Kidnap only last year. As for Imran, I signed him much before the release of Jaane Tu Ya Jaane Na. So when the latter became a hit and everyone went gaga over Imran, I said this is just the beginning....wait till you see him in Kidnap!"