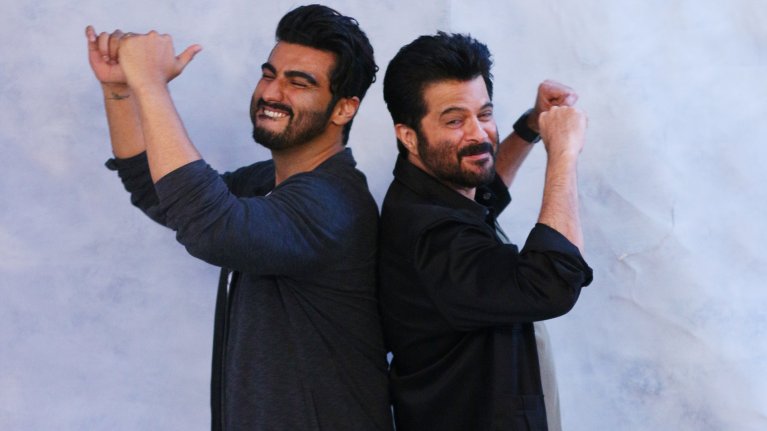 Actor Arjun Kapoor, who will be sharing screen space with his uncle and veteran actor Anil Kapoor for the very first time in the forthcoming film "Mubarakan", says that he spent so much time working with him on the movie that it helped them in taking their relationship to "another level".

Asked if it's fun to work with a family member onscreen, Arjun told IANS over phone from Mumbai: "It's a blast (to work with a family member). Before the film began I was also keen to see how this pans out because I have not experienced this before. But it turned out to be a blast because you get to hang out with your family. Learn, work and watch a man who's iconic and a legend do his work."

The 32-year-old actor says he got to learn and absorb.

"At the same time, after 30 years my relationship with him can go up another level is only because we spent so much time working on a film. So, I think I am very happy about 'Mubarakan'," Arjun added.

Directed by Anees Bazmi, "Mubarakan" features Arjun in a double role for the second time after the 2013 film "Aurangzeb". The film also features actresses Athiya Shetty and Ileana D'Cruz.

The film is produced by Sony Pictures Networks Productions and Ashwin Varde and Murad Khetani's Cine1 Studios and is slated to have it's worldwide release on July 28.