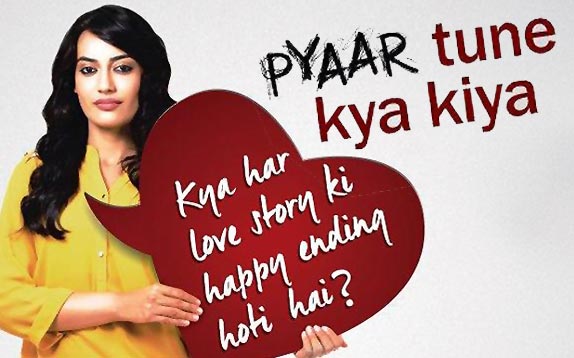 The law of nature is such that we humans invariably take close one's for granted, unless posed with a threat of losing them. Niharika (Bharti Kumar), fondly known as Rick will be experiencing same dilemma as love of her life Harsh (Vishal Gandhi) is about to tie the knot with Tina (Namita Dubey).


Rick and Harsh are childhood buddies who connect over their passion for film making. They are classmates at a renowned film institute in Mumbai. In a sudden change of events, Rick has to leave for her internship in Kolkata and things go askew. It comes as a shock to Rick when Harsh discloses his secret love relation and engagement plans. Rick, who was so unsure about her feelings for Harsh till now is shaken to the core. Being his close friend, she is forced to attend his engagement; however, the thought of losing him to someone else is unbearable. As the days go by, Harsh introduces his fiance Tina to Rick. It is no secret that Tina is head-over-heels in love with Harsh and won't let go of her love. But Rick is not the one to give up and will do whatever it takes to reclaim Harsh. Naturally, she starts plotting against Tina and creates misunderstandings between them.

Will Rick be able to express her love? What will be Harsh's reaction? Will Tina be able to cope up with the situation? Wonder what lays ahead during these troublesome times for the trio?