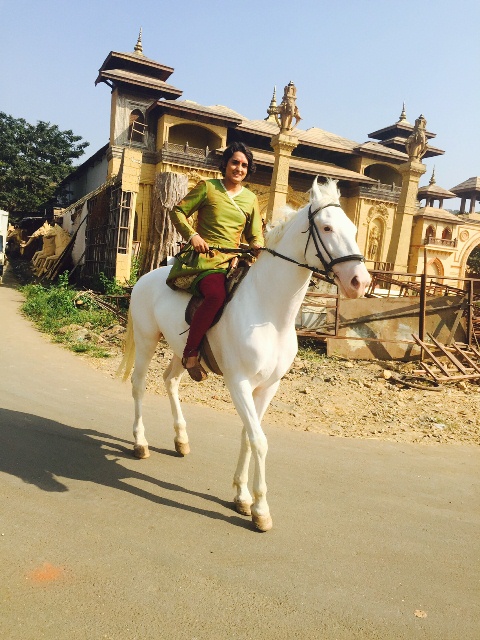 The dashing actor Khuram Khan who essays the role of Jagmal, was in limelight off late for shooting his onscreen mother Bhatiyani  according to the riveting storyline of the popular historical show Bharat Ka Veer Putra Maharana Pratap on Sony TV.

Well in real life this talented actor is bitten by a new hobby which is Horse Riding. The beautiful white horse of Maharana Pratap namely Chetak, has been a stress buster for almost all the actors on the set of the show, but in true manner definitely for Jagmal who loves horse riding.

A source from the set informs us saying, "Khuram is very passionate about Horse Riding and whenever he gets a break in between the shoot of the show he practises Horse Riding on his loved horse Chetak."

Well the picture totally proves his love for Horse Riding.

6 years ago chetak is beautiful horse. if you love horse sure he is right one to ride on

9 years ago Why would he mention Sara Khan with Katrina and Kareena?

+ 2
9 years ago "There are actors like Katrina Kaif, Kareena Kapoor and Sara Khan. And I'd like to work with Farhan Akhtar"

ok, i do not understand why there was a reference to these actresses.. lol