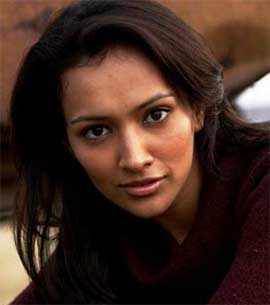 Model-actress Dipannita Sharma, who will be next seen in horror movie "Pizza 3D", says that the genre is evolving.

"The horror films genre has a lot of potential in India and is evolving substantially. I am very happy to be a part of one such film 'Pizza 3D', which is very promising parcelled with the right pulse, different from the regular horror," she said in a statement.

A Hindi remake of Tamil hit "Pizza", the film has been co-produced by Siddharth Roy Kapoor and Bejoy Nambiar, while Akshay Akkineni has directed it.

In the past, the actress featured in movies like "Jodi Breakers" and "Ladies vs Ricky Bahl".

'Naagin 5' To Welcome Two New Entries in The Form of Karan ...
17 minutes ago