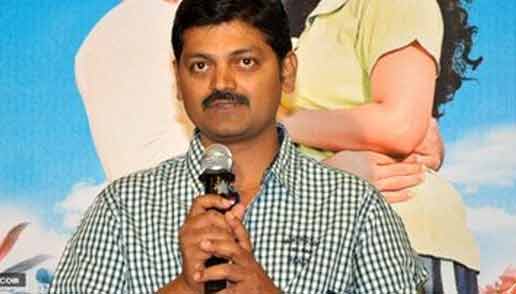 Director Vijay Kumar Konda, who is currently awaiting the release of Telugu romantic-comedy "Oka Laila Kosam", hopes that his film will surpass the success of the recent blockbuster "Manam".

Actor Akkineni Naga Chaitanya has played the lead in both the films.

"When I started working on my first film 'Gunde Jaari Gallanthayyinde', Nithiin's 'Ishq' was running in theatres, and it turned out to be a blockbuster. I wanted to beat 'Ishq' with my film and I succeeded at it. Now, as I await the release of my film, I've set 'Manam' as my target," Konda told IANS.

"I hope 'Oka Laila Kosam' beats 'Manam' at the box office and becomes a bigger success. There's always a pressure of delivering a hit and I can feel it even more as I have to continue my winning streak after a successful debut," he said.

The movie also features Pooja Hegde, Brahmanadam and Ali in important roles. Konda says the film is a "clean romantic family entertainer with oodles of comedy".

"It's not easy to win a girl's heart. In my film, the hero gives the heroine a gift that nobody in love has ever gifted in reel or real life. We've tried to portray something very practical and I'm sure it will appeal to audiences," he added.

The director chose to work with Naga Chaitanya as he felt that "he has certain expressions best suited for my story".

"I've seen him perform romantic roles with ease in films such as 'Ye Maaya Chesave' and '100% Love'. I wanted to use him the way I want to see him on screen," he said.

Konda worked on the film's scenes and dialogues keeping in mind Chaitanya's body language and expressions.

Asked why he preferred to make his second film too in the romantic genre, he said: "After the overwhelming success of my first film, I was clueless about what I plan to do next. I went into hiding for nearly three months, cut all contact with the outside world, and started contemplating about my next project".

"It was very important for me to protect my 'successful director' status. I realised that if I make my second film, it should be a bigger hit than my first film. When I believed this was the script, I decided to start working on it," he added.

Unlike other Telugu films, Konda says he didn't shoot in Switzerland just for the sake for it. He says his film's story demanded it.

"My last film was completely shot in Hyderabad, so we went to Dubai to shoot the songs for a change. In this film, the story takes the hero on a world tour. He visits few places and hence, we decided to shoot two songs in Switzerland," he said.

"He hugged me the first time he watched the film. He's already seen it thrice. The film was supposed to release earlier, but Nagarjuna felt that we should wait for the ideal time to release it. He spent about two hours discussing his plans about the film's release," he added.