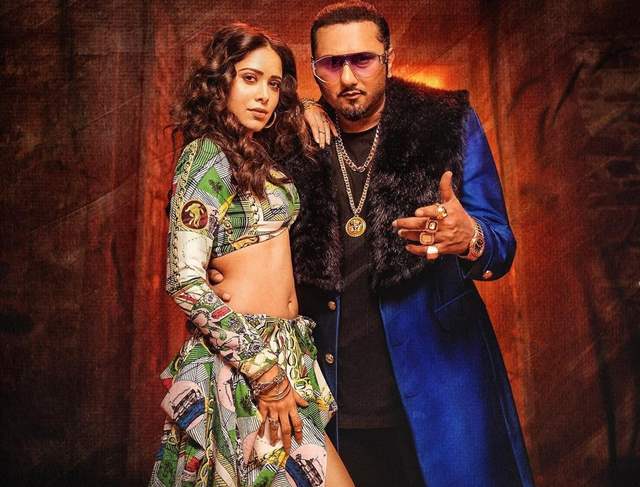 Riding high on the success of her latest film, 'Chhalaang', Nushrratt Bharuccha, yet again wins the hearts of the audience with her latest song, 'SaiyaanJi' along with Honey Singh. The song is out recently and has become a huge hit as well just in a few hours' time.

Talking about the song, Nushrratt revealed, “Saiyaan Ji is my fourth song with the OG singer, rapper, composer, Honey Singh sir and it has co-incidentally so happened that in our earlier songs, it was always me who lip synced his patent “Yo Yo Honey Singh” line on camera. So this time around, I requested him to let me continue this tradition, and he happily agreed to let me do that."

She further adds, "I’ve been such a huge fan of Honey sir since forever and to lip sync his line, while he is in the same frame with me, was a different high altogether and in fact the bestest part about the song for me personally. I went to shoot this song right after Chhalaang had released and I remember it was so much fun.”

Honey Singh and Nushrratt's song 'Care Ni Karda' from Chhalaang came out while they began working on 'SaiyaanJi'. She has worked with Honey Singh in 3 songs before this and it's safe to say, their pairing has delivered hits time and again. With songs like 'Dil Chori', 'Care ni karda' and 'Chhote Chhote Peg' their Jodi has given great songs for the people to dance to and with 'SaiyaanJi' they will be looking to make it yet another hit.

Starring along Ranjkummar Rao in Chhalaang, Nushrratt gave a praiseworthy and breakthrough performance, the fans and crictics were all praise alike. The movie was a hit and it came down to her never before seen avatar which she played effortlessly. She perfected Haryanvi accent for her role and received a lot of praise for her part.

In the upcoming projects, she has a Horror film 'Chorrii', 'Hurdang' along with Sunny Kaushal and Vijay Varma and lastly Omung Kumar's 'Janhit Mein Jaari' to complete the list.