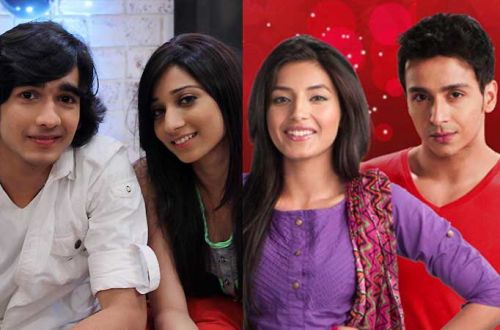 As Holi festival is round the corner, it is being celebrated enthusiastically in all the shows. Channel V is also celebrating Holi in its unique way where the teams of two popular shows Sadda Haq and Dil Dostii Dance will be seen enjoying the festival together and will woo their audiences with their scintillating dance performances.

The upcoming Holi sequence will see fun and enjoyment. The after effect of drinking Bhaang will soon start showing its color as the actresses of both the shows will lose their senses. Being in the unconscious state they will run behind all the boys to apply color whereas boys will be panicked and will try to protect themselves from girls.

The boys will try and shield themselves from the groups of girls who are trying the apply color on their face. Later the shows will see rocking performances of the various actors who will groove on the foot tapping songs.

TellyBuzz got in touch with these actors to know about their experience while shooting for this special episode. 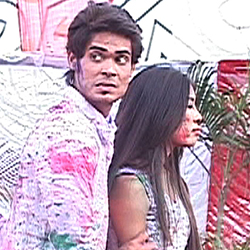 Expert dancer Kunwar Amarjeet Singh who is playing the character of Reyansh Singhania in Dil Dostii Dance said, "It was really a great experience. It's a complete new episode of Holi celebration from Channel V. So both the shows Sadda Haq and Dil Dostii Dance are coming together to celebrate Holi. It's going to be a fun loving and exciting episode because we are dancing; we are having fun, so it's going to be like a cross-over episode. Our team has already worked with Sadda Haq for special episode of Valentine's Day, and now we are shooting for Holi. There might be a competition between Sadda Haq and Dil Dostii Dance and there are lots of things for our audience in this special one hour episode." 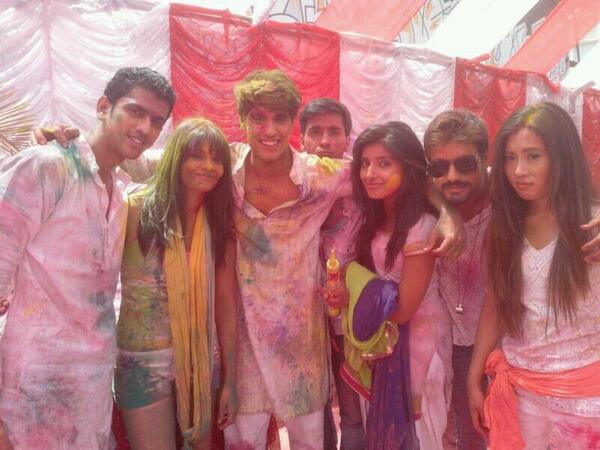 TV's arrogant dude Param Singh, who plays the character of Randhir in show Sadda Haq said, "It was really fun shooting for this special episode. We are shooting on the sets of Dil Dostii Dance along with their team. It's a Holi celebration by Channel V and we are shooting from three days from 7am to 7 pm and are putting lots of efforts to make this special episode very entertaining. We will perform on the foot tapping Bollywood songs. Though there will be no connection between the show Dil Dostii Dance and Sadda Haq, but we will be seen in our characters. You will see Sayukta and Randhir's indulging in an argument, Vidhushi (Nishha Nehha Nayak) chasing Parth (Ankit Gupta), and more. It's really an entertaining episode and I hope that our audience too enjoys watching it."

The episode sounds to be very interesting but audience will miss their Kriya (Shakti Mohan) from the show Dil Dostii Dance, as she will not be seen in this special episode of Holi.

krarshanaval 6 years ago u dance was fabulous... love u kunwar amarjeet singh

sweetydiyafrien 6 years ago u did a fabulous all three of you...
love u kunwar amarjeet singh, Vrushika Mehta and Shantanu Maheshwari sushie166 6 years ago Param Singh u totally rocked, damn u make me fall for u everyday...!! I just love you!!