Today is the world of remixes.  People have begun to adore them sometimes as much as the original scores.  Since Holi is here, India Forums is presenting you the remixed Holi!  The popular Holi songs are presented in a brand new avatar! 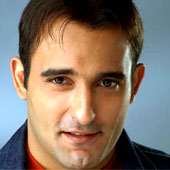 Movie: Sholay
Original Artist: Dharmendra & Hema Malini
New Artist:Ranbir Kapoor & Deepika Padukone - Ranbir is full of verve and can do Dharmendra's style with ease. Deepika has already emulated her Shanti act on Hema Malini.  Both of them together can recreate a new magic of "Holi ke din!"

Movie: Waqt - Race against time
Original Artist: Akshay Kumar & Priyanka
New Artist: Vinod Khanna & Zeenat Aman-The song has more of attitude and personality which Vinod Khanna can add aptly and the glamour quotient can be added by Zeenat as she has been the queen of millions of hearts!

Movie: Baghbaan
Original Artist:Amitabh Bachchan & Hema Malini
New Artist: Dilip Kumar & Vyajantimala - The song has AB whose dance movements can be emulated well by Dilip Kumar. Hema and Vyjantimala are both good dancers and beautiful looking women, so Vyajantimala will be able to carry it off with the similar grace.


That was our spicy and hot twist of some popular Hindi movie Holi songs. The original artists have won our hearts, but the songs have been remixed with new artists. The yester years beautiful songs have new stars, and today's songs the yester years' stars. Let's have some colorful fun with remixed Holi, and tell us about your remixed version of your favorite Holi song!
Wishing all of you a very Happy Holi!