The playful mood after having the intoxicating Bhaang and the naughty spray of colours!!!

Holi is an all time favourite festival for all and yes, it is Holi today. It is a festival when the most notorious 'you' pops out and does the utmost masti possible. In this festival you are least bothered whether you are a friend or a stranger; all that matters is how you enjoy the festival of colors with people around you....

Here is Tellybuzz getting the best out of your favorite actors on this Colorful day... 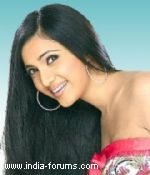 Which color represents you and why: Yellow, because it is a bright and lively colour.

The industry friend with whom you enjoy Holi a lot: I had never actually played Holi with industry people other than the Holi that we had on the sets of Dill Mill Gaye.

Holi for you is: A day to celebrate and to live life in a vibrant way as it is the festival of colours.

Effects of Bhaang on you: Yes, once I gulped a drink which I thought was Thandaai, and it turned out to be Bhaang. But fortunately I realized it after reaching home and immediately crashed on my bed. 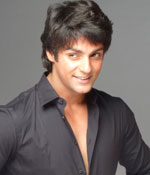 Have you ever thrown colour on strangers? Yes, and I have also got beaten up by people, but that was all when I was a kid. Of late I have never played with colors, as it can have a very bad reaction on the skin.

Given a chance to go abroad where would you like to celebrate Holi from? I would probably go to Dubai, not because I can play Holi, but because it is a strict country wherein people are not allowed to celebrate publicly. I think I will be safe there.

Will you watch the World Cup match or play Holi on the date? I will definitely watch the match because anyways by the time I get up on the day, it would be time for the match.

A colour that you do not like to use? I don't mind the Gulaal unless and until it is a good variety. 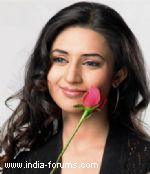 On the day of Holi, you would like to play prank on: Every possible person because I am a big prankster.

A sweet that you like to make during Holi: Bhujiyas

The best companion of yours to play holi? My friends. 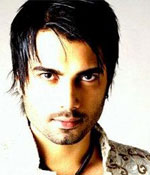 A song that clicks on your mind when you hear Holi? There are many songs that I remember on Holi, but now it is Rang Barse Bheege, as we had shot a promo with the song.

A colour you think that represents your co-star and why? I would choose white for Pratigya because she represents purity and perfection.

A colour you don't mind getting completely soaked in? Actually all colours are equally good and hence I don't mind any. But nowadays I do not play Holi as I spend the time with my family at home. 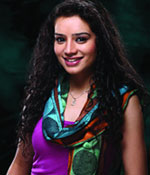 An unforgettable Holi: The Holi that I celebrated with friends last year was one of the most memorable ones because they had put keechad on me and it took hours for me to clean it up.

An instance where you gave an unexpected shot of water gun on someone: As a kid, my sister, brother and I were really notorious and we used to stay in a two storeyed house. We had around twelve boys as our neighbours and on the day of Holi, we threw a bucket of water on them from the top floor. At that time they couldn't do anything on us as our dad was there. Once our dad went inside, they just shot towards us and coloured us with Silver colour. After that we were actually looking like three silver monkeys. The colour was so solid that we kept on scrubbing till evening to remove it.

The most notorious Holi that you have played: The above mentioned one I guess!!!

A Hollywood actor that you would like to play Holi with: Either Jude Law or Robert Pattinson. 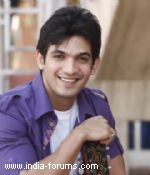 A prank played on you on Holi that you will never forget? Years back my dad had played a prank on me on Holi. He had taken us to a studio for Holi celebration where they had made a pool of coloured water. I was a hydrophobic then and knowing this my dad tricked me and pushed me into water. Even though I was scared then, my phobia for water has gone after that incident.

Holi you played in school that you remember? Actually we used to have holidays that time and we used to play Holi in the society with Pichkaaris.

Your all time favourite Holi song? 'Do me a favour let's play Holi' and the all time Holi song, 'Rang Barse'.

I just love what I do and I put my heart into it: Arhaan Behll

rianicia 8 years ago Shilpa is too cute. Yellow does look good on her!

katz-princess 9 years ago shona wanted back!

annejoy 9 years ago shilpa u r the best...love you want you back..

snehaphatak 9 years ago shona we love u so much!

BeingKaShian 9 years ago love you shona!