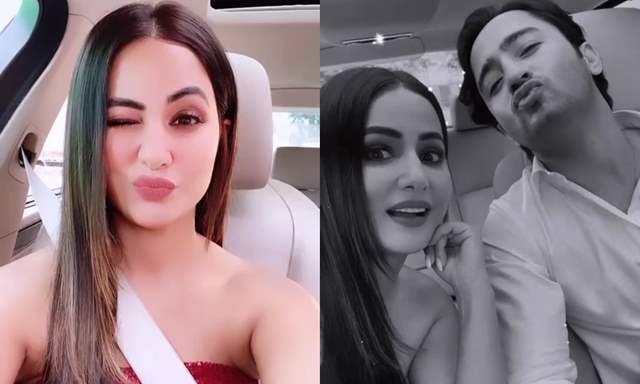 Hina Khan and Shaheer Sheikh aka #ShaHina are definitely ruling the screens weeks after their first music video. Baarish Ban Jaana. And now, it looks like fans are in for yet another treat as the duo is back with yet another project.

In a recent story shared by actress Hina Khan, we see the star teasing the fans by giving a glimpse of herself with actor Shaheer Sheikh sitting next to her with captions stating, “#ShaHina is back. Wait for it!” As their unforgettable camaraderie and chemistry has been shooting the moons on the internet, this has sent fans into a frenzy all over again.

While not much has been revealed about the project, it is being said that the duo is shooting in Chandigarh for the untitled project.

Meanwhile, Hina has been garnering a lot of love and applause for her performance in the movie Lines. The actress continues to receive a lot of love for the same. Shaheer, on the other hand, is currently seen in Kuch Rang Pyar Ke Aise Bhi and will also be seen in Pavitra Rishta 2.0. Apart from the two shows, he is also gearing up for the release of yet another music video, a recreation of Mera Dil Bhi Kina Pagal Hai.