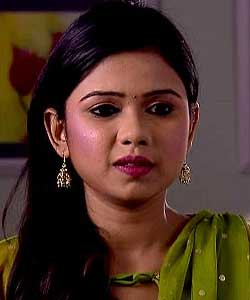 Seems like Monsoon is having a toll on our Tellydom actors, because after Jay Soni here we have another actor from the industry who is suffering from high fever.

Urvara Patil who is presently seen in Star Plus' Maykee Se Bandhi Dor is suffering from high fever, but the actor is continuing her shoot.

A source says, "Yes, Urvara is having high temperature but she is still shooting. The present track concentrates on Nita and her engagement and Urvara cannot afford to miss the shoot."

We also hear that due to continuous shoot Urvara's condition got worsened after which a doctor had to be called. She was also given drips later on.

When we got in touch with Urvara, she was not in a condition to talk to us as she was feeling really weak.

Riyaa147 9 years ago Get well soon! really lliking you in Dor.

Stellar.A 9 years ago Her name is beautiful, never heard of it before.

siyona 9 years ago these actors ignore their health so much.. get well soon urvasha

_SuMmEr_LoVe_ 11 years ago honestly ... this post is like what 5yrs late..
whats so big about copying the name's of Bollywood movies...
whe the soaps are ripping the story of them??