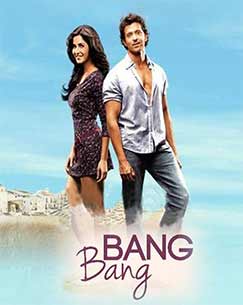 Director Siddharth Anand is ensuring tight security during the Abu Dhabi schedule of "Bang Bang". He has not just called for close to 30 security personnel on the set, but has also requested crew members to deposit their mobile phones at a counter before coming for the shoot.

A source close to the development said: "It is very difficult to control information during outdoor shoots. Siddharth is currently filming some of the most crucial scenes from the film in Abu Dhabi. Some of these scenes are part of the thrill in 'Bang Bang' and thus, Siddharth had no option but to ramp up security."

The source further said that the almost security personnel are maintaining "strict vigil for people with mobile phones".

"No mobile phones are allowed on set. A counter has been created where the crew are depositing their phones and taking it back after the day's shoot."

Slated for release Oct 2, the movie features Hrithik Roshan and Katrina Kaif in the lead.