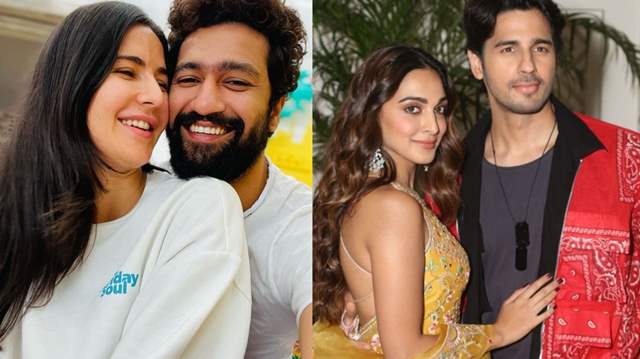 Fans have been eagerly awaiting the release of the Govinda Naam Mera's ever since the first image of the Vicky Kaushal, Kiara Advani, and Bhumi Pednekar movie was revealed. As anticipated, the teaser looks like a lot of fun and has definitely generated a lot of buzz.

While all the friends and family members of the cast have been lauding and cheering for them. Notably, Vicky Kaushal's wife Katrina Kaif and Kiara Advani's rumoured boyfriend Siddharth Malhotra were all praises for the trailer and took to their respective social media handles to give a shout out to their special ones. 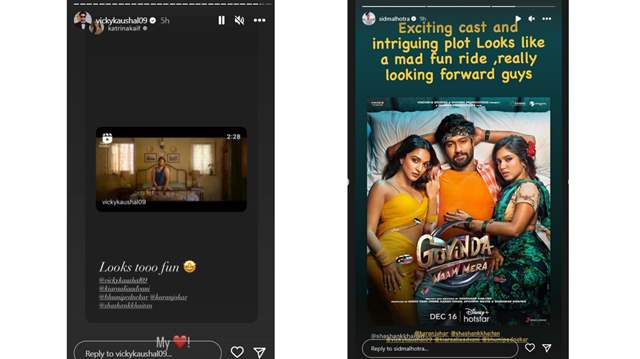 Frequently, Sidharth Malhotra makes sure to go and support his rumoured  girlfriend Kiara Advani. Following the release of the Govinda Naam Mera trailer, Sidharth shared a poster for the movie on his Instagram stories, writing,  “Exciting cast and the intriguing plot looks like a mad fun ride, really looking forward guys.”

Katrina Kaif also took to her Instagram stories and shared the trailer with the caption, “Looks too fun” and attached a star-eyed emoji. Reacting to this, Vicky dropped a red heart emoji and wrote, "My Love".

The trailer of Govinda Naam Mera takes us on a rollercoaster ride filled with humour, romance and thrill. The film is touted to be a thriller-comedy. The film is helmed by Shashank Khaitan and is backed by Karan Johar and Apoorva Mehta's Dharma Productions. The film is all set to be released digitally on Disney Plus Hotstar on the 16th of December. 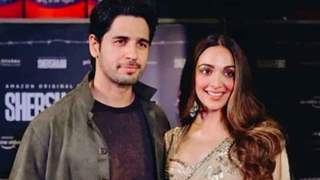 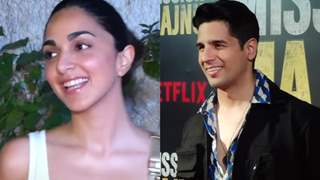 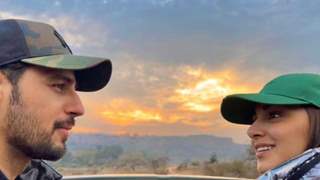