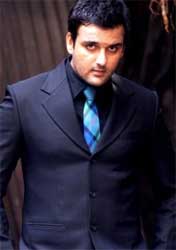 Hemant Chadha who was last seen portraying a challenging role of a musician in Sony TV's, Ambar Dhara and then shared certain glimpses on CID will now be seen entering as a cupid between Geet (Drashti Dhami) and Maan (Gurmeet Choudhary) in Star One's, Geet Hui Sabse Paraye.

A Little Birdie informs us that, "Hemant Chadha will be seen enacting the role of an NRI, Mr.D'mello. He is a very lovable, romantic and full of life kind of a person. He will be entering the show with his wife named Rose and her character will be portrayed by a new face."

Our source also adds that, "Mr and Mrs D'mello's onscreen love and bonding would work as an inspiration for Maan and Geet."

When contacted, Hemant Chadha confirmed the news saying, "I'm doing a cameo and I gave my nod as it is a very good show and I'm working with the production house for the first time. So I have kept my fingers crossed."

Hemant Chadha's entry sequence will be aired either in today or tomorrow's episode.

ChannelizedWing 7 years ago Hiii Drashti Dhami
Good morning
Love you a lot
Waiting to see you in JDJ
Keep rocking..!!!!

sumny 8 years ago drashti you are very very beautiful. i am so exited about your great show. you are very talented actress. i wish your show get great success.