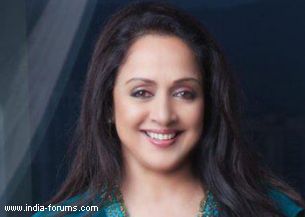 Veteran actors Hema Malini and Dharmendra's younger daughter Ahana Deol will marry Delhi-based businessman Vaibhav Vora Feb 2, but the actress is unwilling to spill any more details on the wedding.

"We have not decided as yet whether we will hold the ceremony here or in Delhi. As of now, we cannot reveal anything," Hema told IANS.

The couple got engaged in June this year at Hema's Juhu residence. The engagement was held in a very traditional manner and took place in the presence of the two families.

Apart from being a trained Odissi dancer, Ahana is also interested in designing.