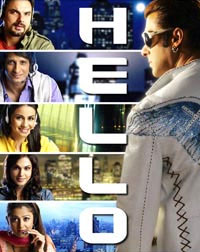 Some stories are good to read and are best sellers too but cinema is a different medium altogether. And adapting a film story from such a book is a challenging job, because there the responsibility comes to make the film as good as the book itself.

Well, though ‘Hello’ is not that upto mark but it does not fail to stand. Based on Chetan Bhagat’s book ‘One Night @ The Call Centre’ this movie attempts to peep into the lives of those working at call centres.

With this movie, the writer Chetan Bhagat marks his onset in Bollywood. He has written the screenplay for the movie. To make the story suit the Bollywood style, he has made some changes within the original story.

‘Hello’ talks of the events that happen in one night at call center and it starts with conversation between Salman and Katrina. The story is viewed through Shyam, a spiritless call centre team leader. The story revolves around him and his colleagues Varun, Esha, Radhika, Military uncle and his girlfriend Priyanka.

Shyam regrets about losing her girlfriend as his career is going nowhere and on the other hand Priyanka’s mother wants her to get married to a wealthy NRI.

Varun is in love with Esha but she is more focused towards her career. Radhika is constantly
Featured Video 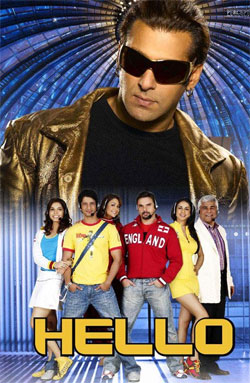 receiving ends from her mother-in-law and above that; her husband is having an extra marital affair. Military uncle is a grandfather who is barred from interacting with his grandson.

These call center agent see their world crumbling around them and finally there is a call from god.


The introduction of character sketch is too long .The screenplay of the movie tends to get faulty at times. The direction of the movie is just fine as screenplay obstructs its path to be better. The music by Sajid-Wajid is pleasant. Sanjay.F.Gupta’s cinematography is good.

Talking of actors, Sharman and Sohail are the pick of the lot. Sharman stands tall even in a tacky script like this, while Sohail is gradually getting into the groove. Amrita, Isha and Gul are okay. Arbaaz Khan is hardly there. Sharat Saxena is wasted. Dalip Tahil is unintentionally funny. Suresh Menon is unbearable.

Talking of actors, Sharman and Sohail are the major highlights of the film. Sharman has done a good job with his role; Sohail is gradually coming up as a good actor. Amrita, Eesha and Gul are fine. Arbaaz Khan has nothing much to play, he has just been a part of the movie as he stated in one of his interview. Rest of the cast Sharat Saxena, Dalip Tahil and Suresh Menon are just fine.

Salman and Katrina though they have been focused prominently in promos but are just there for a special appearance.

Overall, the movie is a past time and a one time watch especially for those who have not been that fortunate to read the book.
2 chillies out of 5!!! 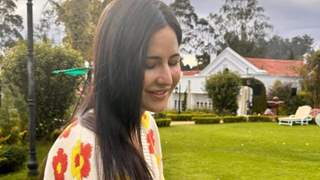 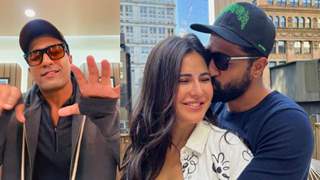 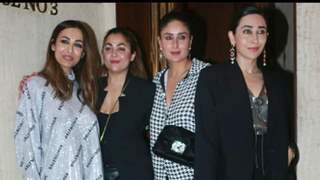 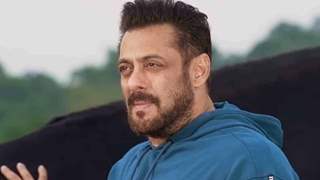