Star One and Fox Television along with Violet Picture Company bring one of its unique show called Hello Kaun? Pehchaan Kaun! which is said to be high on entertainment quotient. Chunkey Pandey and Suresh Menon will be judging the participants while Naveen Prabhakar and new face Aishwarya will be seen as hosts. 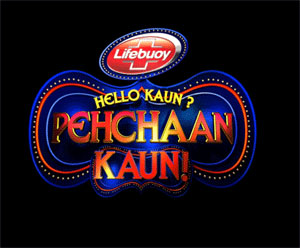 Featured Video
Pankaj Saraswat who is best known for his Laughter Challenge presents viewers with artists who will not only mimic their favorite icon but also will be given challenging situations to enact while playing the character of their favorite celebrity.

On this occasion of launch of the show Ravi Menon, EVP and GM, Star One says, “We have always come out with asli (real) and unique shows and everybody has copied us. Now we have come with nakli (unreal) show so let’s see what others have to do.”

“This show will give a platform to many people all over the country. We have done auditions in some 15 to 17 states and have selected 64 people. Now from this we will select the best 24 and will present it to our viewers,” he adds further.

The contestants will be judged on the basis of likeness quotient, voice similarity and entertainment quotient of the act. “There will be no audience voting and the contestants will be solely judged by the judges. Pehchaan Kaun will continue for 15 weeks (3 months). If the show is successful we will come out with series also,” says Pankaj.

So viewers get ready to see the nakli Salman and Aamir Khan and their friendship, journey along with other participants. The show will begin from December 27th at 9:00 pm every Saturday.

13 years ago Thanks.......but chunky is not a good option for a jude because he was not good at all in zara nach ke dhika.

but y choose chunkey??? ZND fans r still not over the fact that he was the judge...lol.... but anywayz, cant wait 4 the show...sounds good =D