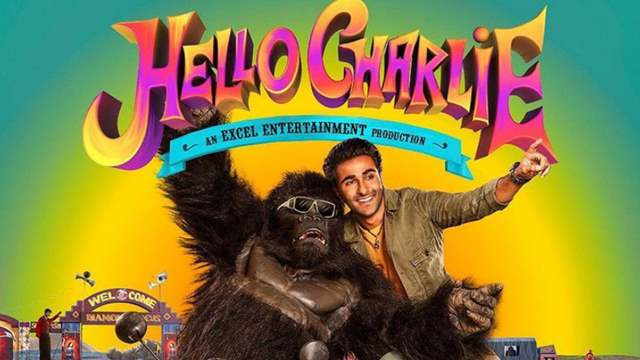 The trailer of the much awaited comedy flick, Hello Charlie, is out. Directed by Pankaj Saraswat, the one of a kind film stars Aadar Jain,Jackie Shroff, introducing Shlokka Pandit, Rajpal Yadav and Elnaaz Norouzi among others.

Aadar (Charlie) shares screen with a gorilla named Toto to take you on a hilarious ride. Charlie has been bestowed with a task of transporting a gorilla from Mumbai to Diu, but little did he know that a billionaire(played by Jackie Shroff) has taken the ape’s avatar to escape the country. This fascinating, adventurous journey will leave the audiences in splits.

The film marks the debut of Shlokka Pandit and also stars Rajpal Yadav and Elnaaz Norouzi in key roles.

Wear on your dancing shoes as Charlie and Toto’s addictive hook step ...