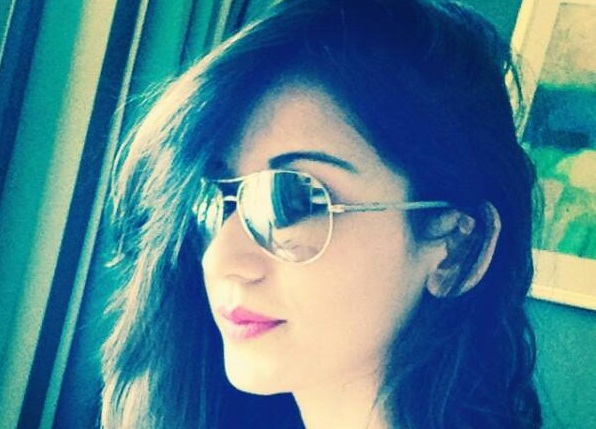 It's quite often now to see the transition of actors from telly world to Bollywood movies. The new name that join the race and adds a feather in her cap is beautiful actress Heli Daruwala aka Kirti (Nisha Aur Uske Cousins).

In a conversation with Heli, we got to know about her debut venture.

Elated Heli says, "I am very excited for my first big project. For every actor it is a stepping stone towards success, to enter the big screen. The amazing thing about films are their songs and dancing sequences. I have already started shooting for the film and it was fun shooting for the song sequence."

"Working for film has definitely helped me improvise because we can give a lot of time to our character. Whereas, on television we get less time to work on our character. However, less time makes us work hard to be perfect," comparing about tv and films, Heli added.

Well, Heli is apparently not seen on her daily soap Nisha Aur Uske Cousins, so we wonder if she has quit the show. Heli on the same answers, "It is not that I have left the show but as I am currently shooting for the film, I am on a break. I was suppose to join the team once I am done with my film but unfortunately I heard about the show going off air. Well, I will surely come back to the show for its ending episodes."

A hearty congratulations to Heli for her new venture!

Tumhihobandhuji 5 years ago Well, at least Heli will make an appearance towards the end! I'm glad that she didn't leave the show, and that it was just a break. Love her as Kirti, and wish her best of luck with her Bollywood film. If Nisha does end up getting a few extensions, I will be extremely happy, but until then, let's hope Heli makes an appearance on the show again.

5 years ago Love to see all the cousins together once again...good old times. Love NAUC!!! Live you Aneri Vajani Mishkat Varma...love all the cousins, cast, crew of NAUC!!! Thanks for all the entertainment

u n rupesh looked amazing together

5 years ago Congratulations to the very pretty actress!! Really happy for you! Hope you get many more amazing projects in your life to reach the success you want!

5 years ago congratz Heli Daruwala... realyy she was one of the gud actress in the show!!
NAUC is going cool!! luving the show!!

5 years ago Congrats Heli... Wish you all the best...
Just praying and praying the show doesn't end...

josephineperry2 5 years ago I really like heli, I am happy for her. Go, Heli, much love to you!