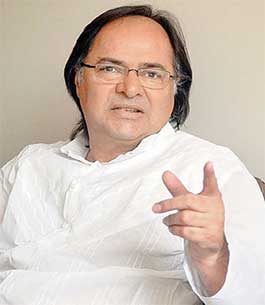 Sanjay Tripathy, who directed late actor Farooq Shaikh's last Bollywood release "Club 60", remembers him as a "warm person", who was a foodie and even spread cheer on the sets by bringing scrumptious biryani.

Tripathy, a first-time director, says he had a comfortable time working with Farooque, who passed away in Dubai following a cardiac arrest late Friday evening. He was 65.

"He was absolutely healthy. He never had any health issues even while shooting. The news of his death was a shock," Tripathy told IANS.

"Despite being a veteran actor, he never made me feel that I am a newcomer," he added.

Recalling some fun times shared with the actor, he said: "He was a foodie and he even used to get biryani for everyone. Even after the release of 'Club 60', we were in touch.

"He was a very warm person with great sense of humor. His death is a huge loss to the film industry."

In "Club 60", Farooque was paired for the first time with veteran actress Sarika.

Aditya Chopra Pens a Heartfelt Note on '50 years of Yash Raj ...
37 minutes ago